YEOVIL TOWN FC Owner Scott Priestnall Says Why Should I Be Bothered ?

Dec 16, 2022 YEOVIL TOWN FC Owner Scott Priestnall Says Why Should I Be Bothered ? 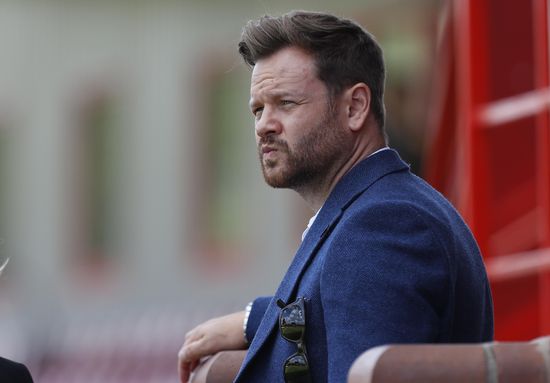 Current Yeovil Town Football Club owner Scott Priestnall announced last night,’ Why should I be bothered to ‘offer’ you the club.’

Scott Priestnall, the current owner of the failing football club Yeovil Town who recently was bailed out by the local council to the tune of 2.8 million pounds due to financial difficulties, has always stated the club is for sale to supporters.

Although last night told the club’s most prominent sponsor, multi-millionaire, local entrepreneur, Martin Hellier, ‘ Why should I be bothered to ‘offer’ you the club?’ in a late-night rant on social media.

Hellier, who is the chairman of the Hellier group and a big fan of the local community club as well as the main sponsor, has been for the last six weeks been attempting to purchase the club from Preistnall to no avail, despite the club’s financial woes as it sits near the bottom of the National League run on a financial shoestring.

Hellier wishes to ‘save’ the club for the community and has already stated publicly that he doesn’t wish to make a single penny from taking over the football operation. Although this still appears not to satisfy the current club owner, despite his promises to supporters previously.

It follows earlier in the year, a collapsed deal with Simul Sports Ltd, where Preistnall claimed to supporters,’ There was no money on the table. However, his comment left many discrepancies considering monies were held by solicitors in an escrow account ready to purchase the club and the agreed price until the local council stepped forward and purchased the clubs ground and surrounding land in a 2.8 million bailout deal that offered the club an exclusive ‘buy back deal’ that allows the current owner to buy back the ground and land if and when they can afford to do so, thus allowing Preistnall to ‘value’ the buy-back option in the event of any purchase.

A move supporters believe was a disaster by the council with the thought process that they were ‘hoodwinked’ by Preistnall.

Priestnall used the funds from the council to pay off the loan that he used to purchase the club initially. However, it’s never been transparent how much he actually paid for the club and what happened to the remaining funds, if any, which the council have now cleared via the 2.8 million bailout payment indirectly. Preistnall then went onto private property developments in Turkey.

Fans and tax-paying residents in the town are suspicious that the Turkish developments were commenced with what they feel is the funds indirectly from South Somerset District Council.

Loyal supporter Gary Hunt told Global247news: “Many of us believe he never paid the previous owners a significant amount for the debt-ridden club in hard cash, more on the lines of a ‘kick back’ agreement if he was able to obtain planning permission on the club’s grounds, something the previous owner sought and failed – many supporters feel he used his loan money to start developments in Turkey, to which now the council have indirectly paid off, whilst now he’s valuing the ‘ buy back’ option in the hope of a developer and planning permission from the council.

“We believe Scott Preistnall has no interest in the club at all and never has done, whilst the council have dropped a clanger”, he finished.

Meanwhile, local multi-millionaire businessman Martin Hellier remains in the wings, daily attempting to take over from Priestnall, vowing to take ownership of the club and save it from its current position. Hellier, who wishes to take over for the footballing community of the town and the club he’s supported since he was a child, has publicly stated he wishes to invest, not wish for a return of profits, something that the fans of the club desire, so much so they are preparing to plan boycotts of home matches until Preistnall has departed the club. In essence, starving him out financially, knowing he has no funds to invest.