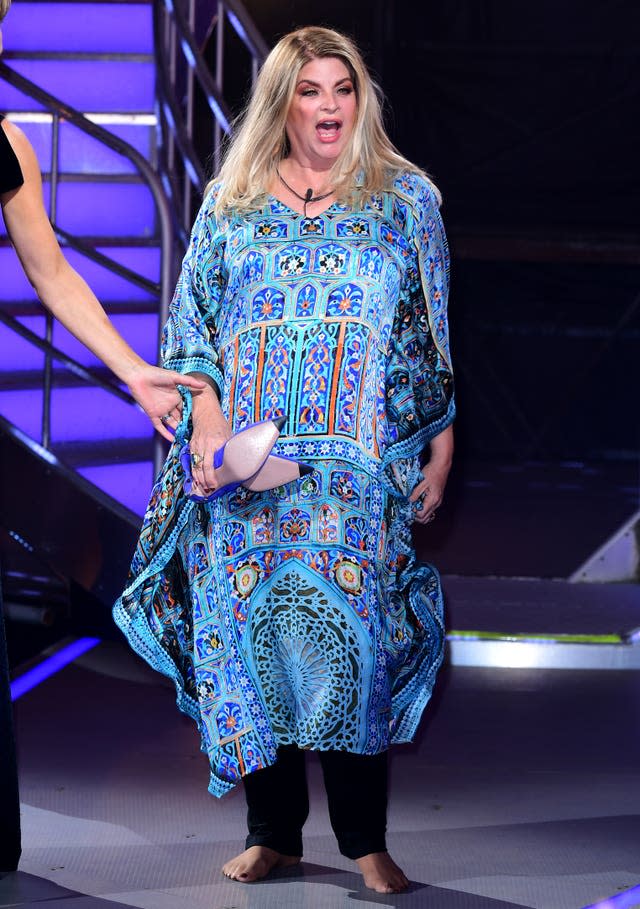 US actress Kirstie Alley has died from cancer at the age of 71, according to her family.

A statement on social media through her official accounts described her as an “incredible, fierce and loving mother”.

Alley was surrounded by her closest family members, the statement said.

She was best known for her breakout role as Rebecca Howe in the NBC sitcom Cheers from 1987 to 1993 and received both an Emmy Award and a Golden Globe for the position in 1991.

In 2018 she participated in the 22nd UK Celebrity Big Brother series, finishing as runner-up.

“As iconic as she was on screen, she was an even more amazing mother and grandmother,” the statement read.

“To all our friends, far and wide around the world… We are sad to inform you that our incredible, fierce and loving mother has passed away after a battle with cancer, only recently discovered,” the statement read.

“She was surrounded by her closest family and fought with great strength, leaving us with a certainty of her never-ending joy of living and whatever adventures lie ahead.

The family statement thanked the “incredible” team of doctors and nurses at the Moffitt Cancer Centre, in Florida, for their care.

“Our mother’s zest and passion for life, her children, grandchildren and her many animals, not to mention her eternal joy of creating, were unparalleled and left us inspired to live life to the fullest just as she did,” it continued.

“We thank you for your love and prayers and ask that you respect our privacy at this difficult time.”

As well as her starring role in Cheers, Alley appeared in various films throughout the 1980s and 1990s.

These included the 1989 romantic comedy film Look Who’s Talking, in which she starred alongside John Travolta.

In an online tribute, Travolta said his time with Alley represented “one of the most special relationships I’ve ever had”.

Sharing a picture of the pair on Instagram, Travolta wrote: “Kirstie was one of the most special relationships I’ve ever had.

“I love you, Kirstie. I know we will see each other again.”

She won her second Emmy Award in 1994 for the television film David’s Mother and received a further Emmy nomination in 1997 for her work in the crime drama series The Last Don.

She earned further Emmy and Golden Globe nominations as the titular star of Veronica’s closet, which ran from 1997 to 2000, and played a fictionalised version of herself on Fat Actress in 2005.