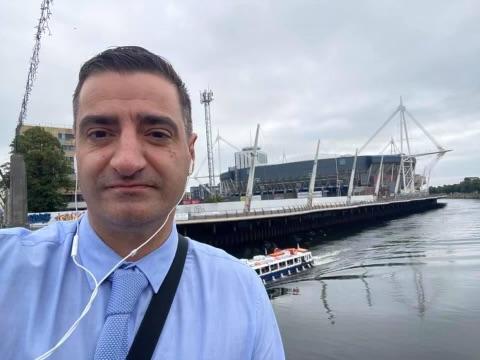 Welsh football fans heading out to Dubai for the World Cup have suffered their first loss before even arriving in the Middle East.

Fans who thought they knew a YouTube presenter, Adam Brown, who promoted a football show on YouTube known as ‘Football With Brownie’ responded to the show’s presenter when he advertised he was running coach trips to Qatar for all the Welsh matches.

It’s understood from supporters that hundreds of fans paid deposits after seeing an advertisement on social media Facebook.

Payments allegedly were paid into a PayPal account to Adam Brown and were promised coach reservations for all qualifying matches. 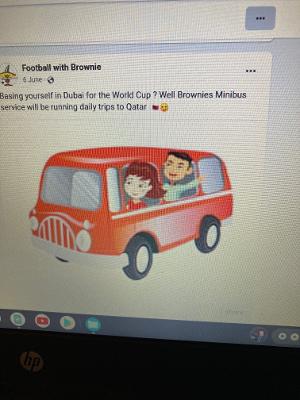 Brown, a failed British businessman with an endless list of failed Companies at Companies House, ranging from recruitment operations to building firms that all folded owing hundreds of thousands of pounds, also it’s understood leaving viewers out of pocket by failing to deliver merchandise for his small YouTube show.

Now Wales fans are having to fork out again for travel arrangments despite appealing to PayPal.

‘ I saw his advert on Facebook, and I sent him deposits for each qualifying game’ tells Chip Jenkins from Pentyrch, ‘ He advertised coaches from Dubai to Qatar for all the games; I have been trying to contact him for weeks, so have many others, and we have now discovered he’s in jail in Dubai for drug smuggling large amounts of Class A drugs’.

Brown, also a failed councillor in his home town of Merthyr Tydfil, where he was banned by the council for a record three years, had moved to Spain after his marriage fell apart and bankrupted his final recruitment company after a disgusting advertising campaign.

Whilst in Spain, he started dealing drugs and had to flee the country after landlords were chasing him down after he had taken on tenancies before allowing eastern European drugs gangs to grow hash crops in the Villa’s he had rented.

Fleeing back to his mother’s, a charity shop worker in Merthyr Tydfil, he then headed out to Dubai to rejoin his eastern European counterparts who had relocated from Marbella to Dubai.

Brown, as well as making a living from YouTube, where he told numerous lies to his viewers, even claiming he was Aaron Ramsey’s contact when the Welsh player moved from Cardiff City to Arsenal, claimed on his show that he was visiting Turkey for a ‘nose job’ operation when it appears he was smuggling heroin back to Dubai.

On one show, he even claimed his mother, Pam Brown, 75,  despite Brown telling viewers she was in her elderly 90s, told him to go and make his fortune whilst loaning him the funds for the Middle East move.

Now Welsh football fans also appear to be at a loss at the hands of Brown, who is due for trial shortly in Dubai.