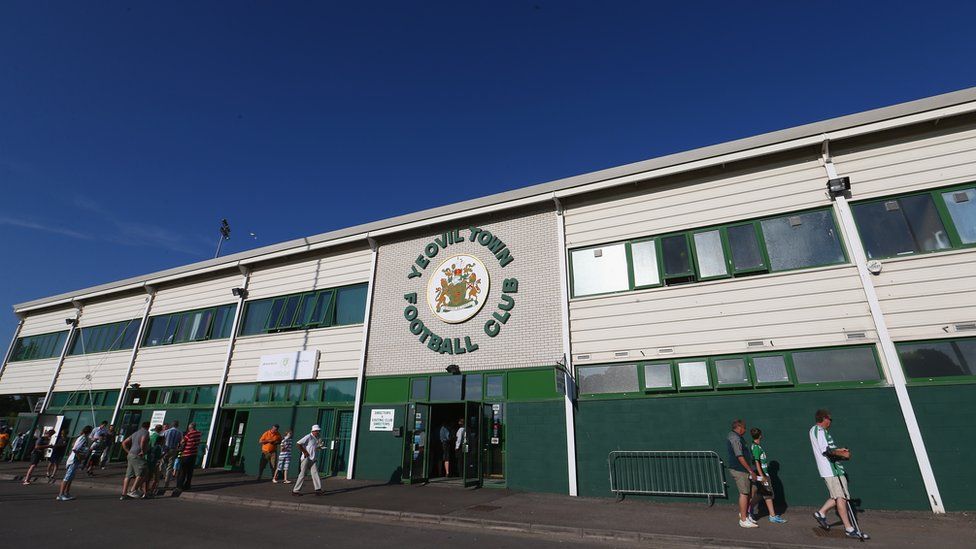 Sports deal broker and agent Steve Day has exclusively spoken to Global247news.com on his views of the latest takeover talks at Yeovil Town Football Club.

The Gibraltar-based businessman originates from the town of Yeovil and watched the team as a child, whilst still today looking out for their results and progress.

Whilst a very private individual, he agreed to speak to Global247news about his thoughts regarding the club and the latest takeover talks from Martin Hellier.

Day whose sports business has seen him, broker many deals across football and formula one in his 40-year business career as well as acting as an agent for footballers, drivers and boxers, spoke frankly on the latest saga of takeover talk and explained that football supporters need to understand it’s a complex exercise that can often take several months, years, although recalling how one deal went through in weeks due to any easy agreement with a board of directors.  He also explained why he feels the Yeovil deal is a complex issue.

Whilst football fans just want a new owner, Day explained it’s not just a clear-cut case unless the Chairman wishes to offload without a profit.

The first question we put to him was, what was the quickest ever deal? Completed?

“That deal would have been Sam Hammam purchasing Cardiff City Football Club in Wales, although that still took 11 weeks; Sam is a maverick and had a lot of disposable income from the sale of firstly Plough Lane to a supermarket chain and then finally selling the club Wimbledon to Norwegian owners, the two deals, then combined a total of 60 million, which 23 years ago was a stack of cash in football terms.

“Cardiff City were in limbo, cash strapped and near the foot of the bottom of then division four; the Cardiff City Chairman, Steve Borley, made it an easy deal; he was foremost a fan of the club who invested initially to keep the club afloat simply before taking on the Chairmanship as nobody else wanted the role or put their head on the block.

“Prior to Sam getting involved, we had set up Bluebirds 2000, where shares were sold to the supporters; at the time, without it, the club was in serious financial trouble; it enabled the club to purchase new players etc. At times Borley paid the monthly wage bill out of his own pocket.

“I still recall the day today when Sam rolled into town; Borley and I were sitting in his back garden on summer’s afternoon discussing business when the phone rang; it was Sam, who opened up with ‘ Let’s meet, I have driven to Cardiff to save your arse.’

“The meeting took place that afternoon, terms were agreed upon within 4 hours, and then we went to the pub to celebrate before informing the supporters, who were delighted.

“The deal nearly came unhinged, as certain board members then afterwards, smelling a profit, requested more for their shares; we had already had a deal fall through with Mr Sullivan, the fans became evil on the news and decided to hold a massive protest march on the ground, just as the march involving thousands of supporters was to start live on Sky Sports News, Sam rang the supporters to tell them to call it off as the board members had relented due to the pressure of the fans and the deal was back on. Finally, the legals were completed in around 11 weeks, and the rest is history. He took Cardiff City to the top of the Championship and swelled the gates from 4,000 to 20,000 packed houses each game before being ousted by property developers on the board.”

We asked Steve if he thought the Yeovil Town deal was similar.

“In some way yes and some ways no, but every deal is different, really,” he explained.

“Cardiff firstly had the potential to be a bigger club, often called a sleeping giant, and the big difference was that the Chairman was a fan who wanted the best for the club with no personal gain. In the majority of deals, the personal gain comes before the actual football, sadly.

“At Yeovil now is a Chairman, in my opinion, has literally no interest in the Club or the results; as all the fans in Yeovil will tell you, it’s all about the land and the potential of that land with the current board, and there’s, in my opinion, the stalling block possibly, profit put before the future and well being of the supporters and the club, whilst the council may look to have bailed out the club by buying the stadium, it’s my belief that this prevented a takeover from the Jenkins consortium earlier in the year. The club received funding from the sale, and those funds cleared certain debts that didn’t, in my opinion, benefit the football club. Whilst at the same time, the loan value was in excess of a million pounds, there’s no record of what the current Chairman actually paid for the club to the previous ownership. I doubt in my mind it was the total of the loan value, although the ground sale paid off the total loan value as recorded at Companies House.

“Fans of the club can, of course, see the lack of investment into the actual playing side of matters with the club struggling at the bottom of the table. Whilst the council feel they stopped the club from going into liquidation and took control of the ground and surrounding land, let’s remember there’s an exclusive buy-back right involved. So a club owner could value that in his asking price if he’s just interested in personal profit for himself and his possible associates.

“Just, in my opinion, something we are all entitled to have, the current owner has the exclusive buy back on the land for 2.8 million, which he will be looking to back to back with a developer, so for instance, they pay him, say, 4.8 million and buys back the land for 2.8 million, and the club ownership walks away with the profit difference. He could just sell the land, of course, and retain the stadium with another valuation on that of around one million for the ground and club.

“Sadly, none of it is about actual football or the supporters or the community; in my opinion, the Club should be the Club and the assets to be their assets to improve and take the club forward again, not a developers pocket, but in today’s world it’s possibly a bit romantic but hey!

We asked Steve when he talks about developers, does he mean Martin Hellier, who has placed a bid for the club and the land; he said:

“No, I know Martin and have for over 30 years; he’s a very, very successful self-made businessman who has the club at heart; he wants to buy the lot to save the above possibly taking place, it appears, we had a beer together not long back on his son’s birthday, he’s a very focused straight-talking businessman, I do hope for the club’s sake and the sake of the fans, he can get a deal across the line, but he’s no mug, personally though I think the current ownership will over value for the above reasons.

“Sadly, as everyone is aware, it’s still about the land and profits and nothing to do with football, the only way I see the current owners selling at a sensible price for football reasons if the supporters unite and fight for the cause without going into too much detail, it’s worked at other clubs so why not Yeovil Town?” he finished.