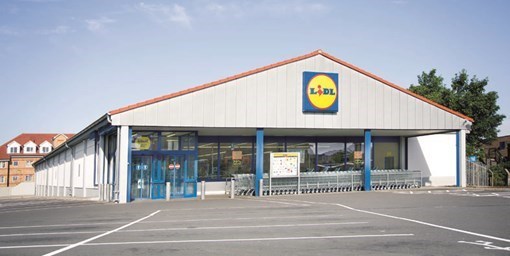 Lidl offered just £10 to a Dorset mother after she chewed a large lump of broken glass.

Supermarket giants Lidl have offered just £10 to Dorset mother Nicola Claydon as she discovered she was chewing a lump of broken glass when blood started pouring from her mouth.

As blood surged from her mouth as the glass lacerated the walls of her mouth, bystanders rushed to assist; as she spat out her chew bar bought from Lidl,  it was then discovered the bar was full of glass.

After taking treatments for the wounds in her mouth, Nicola wrote to the supermarket giants to complain.

The letter left Nicola in total shock as she explained to Global247news, she said:

” I couldn’t believe what I was reading; the treatments for the cuts to my mouth cost over £50, then there was my ruined blouse that was covered in blood that wouldn’t wash out, so on the financial side, I was well out of pocket.

“I googled the bars name and glass; I soon found others it had happened to; this was not an isolated incident – we have now got in touch with each other and are prepared to take this matter further if Lidl feels they can just fob us off like this.

“Humans should not be chewing glass!” the mother stormed.

Meanwhile, Dr Rupert Hayman told us, “Nicola and the others have had a fortunate escape; chewing glass could be lethal; sharp glass inside one’s body could cause major damage that could potentially lead to death.”

Customers outside Lidl this morning were also not impressed when told the facts and shown the letter by our reporter.

Rachel Jones, who was visiting the Lidl store in Yeovil, whilst dropping her car in for a service on Lysander Road, said, “Sod that, I’m off to Morrisons up the road then, whilst several off-put shoppers followed her.

Jones continued: ” How can they offer that poor woman just a measly tenner after going through a trauma like that? it just goes to show they don’t care about their customers at all, that poor woman.”

Lawyers are now preparing to take the matter further.

A spokesperson from the engaged law firm said: “Yes, we are taking the matter; further, ten pounds is not a suitable compensation for the pain and distress caused.”