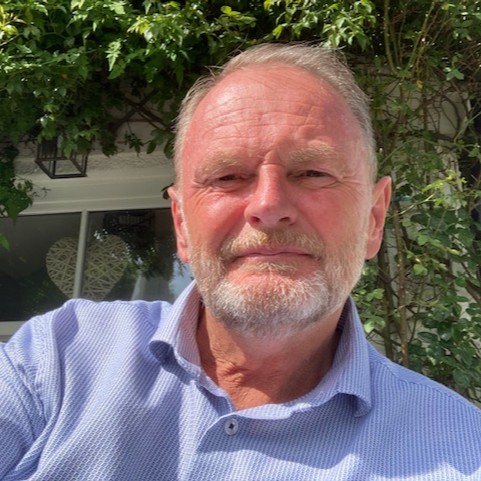 The drastic turn of events came after family pressures were placed on Waddell as founder Peter Hockin entered his daughter Nicolle Hockin into the business; whilst for the first few years, she attempted to learn the trade, after working on cruise ships, pressure mounted on Waddell as the family wanted complete control of the business again.

Instead of being asked to step down for Nicole to take the reins, the pressure was applied on Waddell to the point he walked out and quit after 21 years of loyal service to the owner and founder, Peter Hockin.

The pressure paid off for Hockin, as he avoided a 21-year service payoff to Waddell, who will now only officially receive a 14k redundancy package.

Devonshire Pine Ltd has been struggling for years since 2010 when Hockin decided to cut ties with his deployed sales agency, which had risen the company from a 6 million pound turnover that was going South to the grand heights of more than 20 million pounds per year and more importantly 4/5 million pounds of profit per year.

Whilst the company in 2010 was about to enter the next phase and push for 30 million with the addition of large department stores, Hockin chose to dispose of the hired sales agency and place Waddell in control as Commercial Director.

Waddell faced an uphill battle brought about by a financial dispute between Hockin and the owner of the sales agency.

Hockin had thought he was trying to avoid what lawyers deemed a ‘payoff’ of over one million pounds as he cut ties with the agency, which finally settled out of court for the low figure of £250,000.

However, the sales agency had teamed up with Devonshire Pine’s  supplier in China, knowing that they would not be settled fairly by Hockin, who had commented at the time of the correct due amounts as, ” You’re having a laugh.”

The sales agency took £250,000 in an out-of-court agreement and went to China to return with direct supply to Devonshire’s customers.

A move that cost the company hundreds of millions of pounds as the Chinese factory cut supply to Devonshire.

Hockin commenced a legal battle with Precious Woods over the copyright of designs, spending in the region of £200,000 on legal fees. However, he pulled out of the battle when evidence was presented that he had not designed the furniture.

Turnover crashed to less than ten million, and profits dwindled to losses as Waddell faced an uphill battle against the defiant sales agency wanting revenge.

Speaking to one of the sales agents involved, Richard Mass told Global247news, ” Hockin brought it all upon himself, my boss and the head of the sales agency had it flying, we were selling product for fun, the boss was gearing up with department stores to take the business in excess of 30 million, due to Hockin’s appalling behaviour, those departments store all went direct with Precious Woods. The latter also set up a wholesale UK division.

“It saw Devonshire’s turnover crumble and their profit margins slashed; all Hockin needed to do was pay off my boss correctly, but no, he thought he was being clever; it backfired on him and cost the company millions.

“Waddell, in fairness, had no chance, and now it looks like he’s the fall guy for the Hockin family”, he finished.

What the future holds for the Hockin family will be interesting for all the former employees. They were made redundant as the Hockins decided to shut down the manufacturing side of the business.

One said this morning whilst speaking to Global247news, ” They screwed everyone to get where they are today; we all got laid off over 100 of us due to the actions of the Hockin family, whilst they moved into a penthouse apartment overlooking Bideford Bay; looks like they have screwed Andy now as well, nothing surprises me with them anymore, it won’t be long until the furniture side of the business goes bust, in my opinion.”