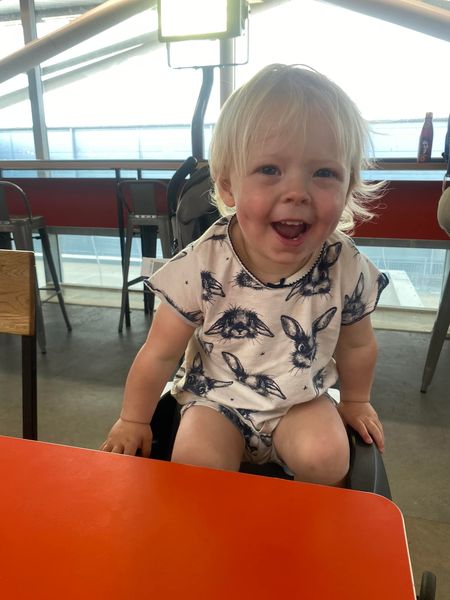 The budget airline Easyjet has left a Yeovil family in disappear after refusing a one-year-old to fly home from Mallorca after a big family holiday.

Grandfather Paul Kitto told Global247news how as the family prepared to board the flight, his one-year-old granddaughter was refused entry to the aircraft as the family boarded the plane.

Kitto said: “I couldn’t believe it; what took place was shocking and the worst treatment and customer service I have ever received.

” We were boarding the plane, and one of the stewards spotted my granddaughter had a couple of tiny spots; he then quickly said she wouldn’t be able to fly and would have to remain in Mallorca until we had them checked out; all they were a couple of little spots where she had been in the sun, despite telling the steward this, he said the airline was on red alert due to the recent outbreak of Monkey Pox in Spain.

“I couldn’t believe what I was hearing, but they refused her to fly home until a doctor checked her out.

” My son has stayed with her in Mallorca, and we have flown back very disappointed by our treatment.”

The seasoned traveller and golfer who has used the airline over 90 times in the last few years now vow never to use the airline again, saying: ” That’s the last time I use that airline for sure; we will be switching to Jet2 now they fly out locally, I’ve never seen such appalling treatment, the biggest issue now is that we are heading out to a family wedding in Greece and my son and granddaughter who were supposed to be coming are stranded in Mallorca until a couple of tiny spots clear up!

“I can tell you now she certainly hasn’t got Monkey Pox!” he stormed.

A passenger on the same flight backed up the Yeovil grandfather as he said: “It’s the worst case of overzealous actions I’ve ever witnessed, a baby refused a flight for to me looked like a couple of milk spots all kids get”, said the male nurse.

The family are currently attempting to get the son and granddaughter back from Mallorca so they can get to Greece for the second leg of the month’s planned holiday.

Grandfather Paul said, “It looks like Jet2 will come to the rescue at present, I have spoken to them, and they too couldn’t believe what we have been through with Easyjet.”