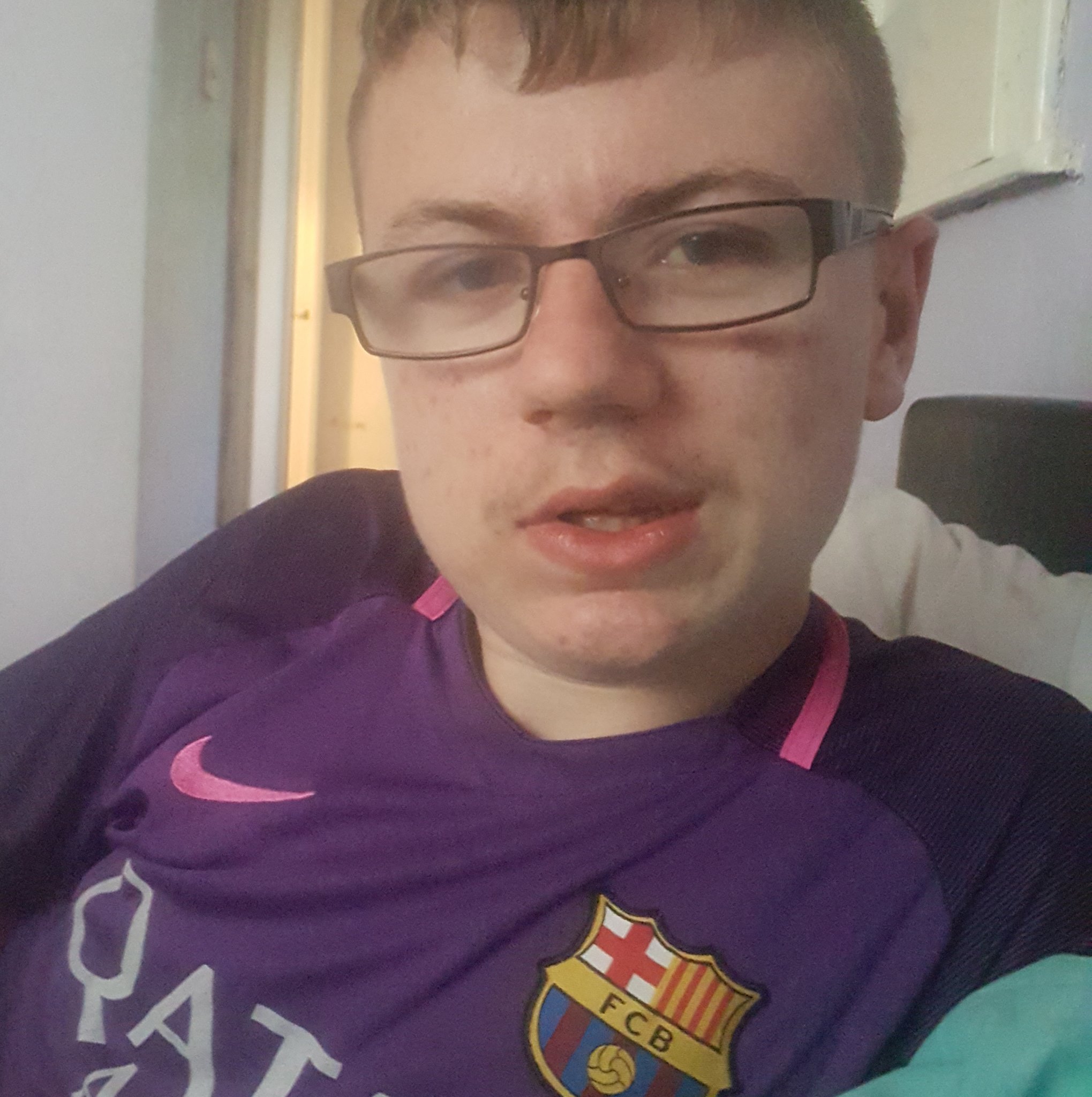 South Shields Imposter Nathan Johnson starts a new show away from his pathological lies of 6 months.

Nathan Johnson from Baldon, who was exposed as a pathological liar earlier this month, claiming to viewers all over the globe that he was the South Shields Football Club media manager, has attempted to diffuse the confusion by setting up a new YouTube show.

Sadly the lies and deceit continue; it appears as whilst Johnson has attempted to defuse the situation by closing his show where he made the claims, “Tufty TV” – he’s now set up Nathan Sports News.

As well as setting up the new channel, he has decided to become a guest presenter on another channel known for its non-truths.

The channel, known as ‘ Football With Brownie’, has a reputation of constant lies and false information and is operated by Adam Brown, a disgraced local councillor from Merthyr Tydfil.

Adam Brown was only this month warned by the South Wales Police for contacting and making unsolicited phone calls to a minor on his live show (13-year-old).

Over the last decade, Brown has hit the national headlines for all the wrong reasons but has now attracted the imposter Nathan Johnson as his co-presenter, stating in his latest show ‘He’s on trial.

Unemployed Adam Brown, who claims to be a businessman on his social media profiles despite listings at Companies House of at least 8 failed and liquidated companies, set up the YouTube channel after fleeing to Spain’s Marbella.

Brown since his warning by police has since fled to Dubai.

Brown lies to his impressionable young viewers on many subjects and makes false claims on the show.

On one show, he claimed his ‘ elderly mother was 90 years old as he sought sympathy and attention – whilst a quick investigation revealed his adopted mother, Pam Brown, had just turned 75.

After the revelation, Brown claimed on another ‘live show’  – ‘ Well, I forgot her age, to be honest.’

Although Brown appears to be full of lies and unfactual substance, on one show recently, he claimed to have been involved in the sale of Aron Ramsey from Cardiff City to Arsenal.

Investigations and records demonstrate this as entirely untrue. The player himself or his representatives have never heard of Adam Brown throughout his career.

Meanwhile, neither have the sports management companies involved in the transaction.

The two shows, fuelled by excessive drinking, swearing and gambling, are based on lies and deceit to promote themselves whilst attempting to impress young viewers.

Johnson, who sits on his new show whilst guzzling beer bottles into the early hours, appears to have no remorse for his previously exposed actions.

On his previous show that he has now removed from YouTube, called ‘Tufty TV’, the lies and deceit were incredible, claiming to be the South Shields Football Club media manager, he talked about his daily roles with the club, including meetings with the manager and chairman himself as well as complaining about the heavy workload placed upon him.

He once claimed he was receiving up to 100 emails a day from the club and having an expenses account to purchase new equipment. Meanwhile, he was holding raffles that he stated were on behalf of the football club and taking payments for tickets via Paypal from viewers – this was exposed as a fraudulent raffle when viewers questioned who had won the ‘prize’?

Viewers took to calling the club directly to pose the question, to find out they had never heard of Nathan Johnson.

At this stage, it was revealed that Nathan Johnson was not and had never been the South Shields media manager at all at or anytime. Further investigation revealed that Johnson was receiving Universal Credit whilst living with his Grandmother.

Johnson then confessed on YouTube to all viewers, some of them offering him support, despite his mistakes.

The imposter claimed he had gambling issues and was gambling £50 a day of his £460 per month benefits.

He also claimed he had been bullied as a child and tried to impress people with his lies and deceit.

Some viewers took the ‘bait’ upon the tale, and when Johnson claimed he had signed up for GamStop, a system that blocks gamblers from online gambling sites, they decided not to seek repayment from him.

Sadly this was just another lie; Johnson was soon caught gambling when his mother Lyn Johnson called him on air to talk about bets!

Johnson claimed it was a ‘Free Bet’ as a Christmas present and claimed he was a member of GamStop and he couldn’t bet online; this again was soon dispelled as reflections of betting sites were caught in the reflection of his glasses.

At one stage, the imposter showed viewers his mobile phone, and now the betting sites were in full view. He openly talks about his bets on his new appearances on the new channel; meanwhile, he has not repaid any gambling debts previously.

Parents of children who watch YouTube shows based around football are now concerned about the reappearance of Johnson and his newly made up channel and shocked to view that he shows no remorse whatsoever over his previous actions.

One Father told Global247news: “ I am astonished that YouTube allows this – The imposter conned everyone live on air over many subjects and is allowed to close down his show and start a new one. Adults can, of course, see straight through the imposter, but it’s the kids that I am concerned about; they could be impressed by the gambling and the lies; YouTube needs to take responsibility and stop this from being allowed.

“Thankfully, he has very low viewership, but it only takes one impressionable child to be impressed and listen and believe the lies and deceit handed out on the show.

” All parents need to be warned, and I advise them to check the trash on YouTube they could be watching, I’m sure parents don’t want their children to believe or be impressed with this nonsense”. He finished.

Meanwhile, Johnson, clearly again under the influence of alcohol last night, claimed the new stories about him despite being proven was slander, and his family were going to report to the police.

He then claimed that the show he was co-presenting was the show that only delivered the truth despite all his previous actions.

This morning, speaking to YouTube, which Google owns, they have received many complaints and are currently investigating.