Christopher Easey denies murder and cruelty to his daughter

Jan 13, 2022 Christopher Easey denies murder and cruelty to his daughter 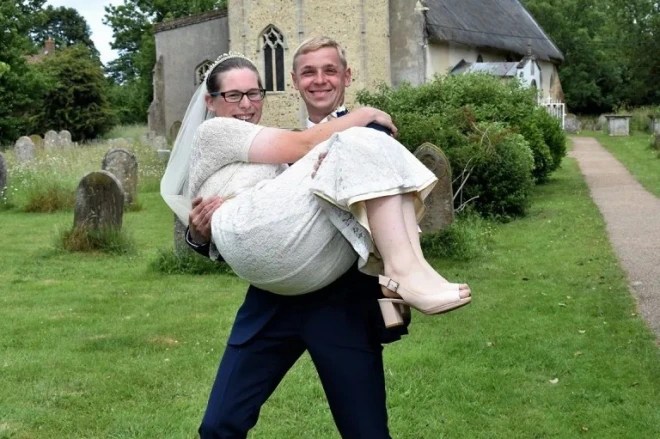 A BABY girl suffered an “appalling catalogue of injuries” and was starved before being murdered by her dad, a court heard today.

Three-month-old Eleanor Easey was found with 31 rib fractures and five further fractures on her limbs, leading to her tragic death.

The baby also “demonstrated older head and neurological injuries” and had been “dangerously inappropriately fed”, it is said.

Jurors heard how she died from a “brain injury that was incompatible with life” after being subjected to “some form of shaking with an impact to the head”.

Her dad Christopher Easey, 31, has been accused of murdering Eleanor at the family home in Norfolk in December 2018.

The baby’s mum Carly Easey, 36, is also on trial charged with causing or allowing the death of a child and cruelty to a child.

Carly Easey, who was working as a yard assistant at stables, fell pregnant that year but later miscarried, it was said.

The court heard she became pregnant with Eleanor but was “unwilling to acknowledge her condition and appeared to be in denial”.

As a result, her case was referred to safeguarding as a “concealed pregnancy” as she appeared “anxious” and said she was “not ready for a baby”, jurors heard.

Eleanor was born on September 12, 2019, with “delusional” pig stockman Christopher Easey comparing his job to the midwife, it was claimed.

The court heard how just three months later, he called 999, telling them the baby was “struggling to breathe”.

She was rushed to hospital but sadly couldn’t be saved and died the next day.

Tests revealed the baby had suffered an “appalling catalogue of inflicted injuries” and was a “poorly-nourished infant”.

Opening the case, prosecutor Sally Howes QC said: “This baby died as a result of an inflicted, non-accidental injury.

“It’s the prosecution case that her father, Christopher Easey, murdered her.

“Her mother (Carly) is charged with allowing the death of a child in that she failed to protect this vulnerable young infant from foreseeable risk of serious physical harm.”

The court was told Christopher Easey claimed to police that his baby daughter was injured when he had an emergency brake as he drove back from dropping his wife at work for a shift at a pub.

He said he heard a “squeal” from Eleanor as the car slowed from 50mph to 5mph, it was said.

The dad also chatted with paramedics on the way to the hospital about how he performed CPR on cows but not a person, so “might have been a bit heavy-handed on the baby”, jurors heard.

Christopher Easey denies murder and cruelty to a child.

Carly Easey denies causing or allowing the death of a child and cruelty to a child.