Morrisons To Rely On Sniff Test On Milk Instead Of Dates

Jan 10, 2022 Morrisons To Rely On Sniff Test On Milk Instead Of Dates 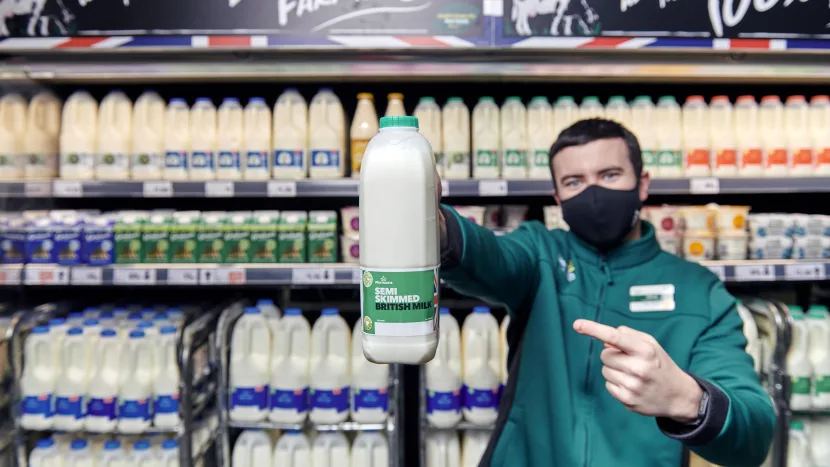 Supermarket Morrisons is to scrap “use by” dates on most of its milk in a bid to reduce food waste.

From the end of January, the retailer will instead place “best before” dates on 90% of its own-brand milk and will encourage customers to use a sniff test to check quality.

It believes the move will stop millions of pints of its own-brand milk from being thrown away every year.
Recycling charity Wrap says Morrisons is the first supermarket to announce the move.

Dorset dairy farmers Paul and Racheal Jones told Global247news how they always felt the use-by dates were far too short.

The Joneses, who have a large herd of milking cows on their farm  near Sherborne, Dorset, said:

“The sniff test is an excellent idea – over the years, so much milk has been wasted as expiry dates have always been too short, although at this stage I don’t know how the supermarkets will rotate their stock with undated milk. That could be a test for them to ensure the milk in the fridges is still fresh. It’s not that they can sniff test those amounts” he smiled.