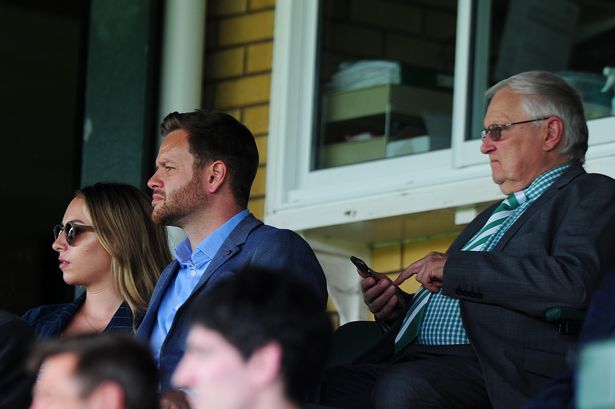 Long-suffering Yeovil Town football supporters are set to wait with bated breath today – to see if a takeover announcement is finally made.

Local sources have revealed that today is the deadline day set by the club’s owners to complete a deal.

In one corner, hoping to win what’s dubbed ‘ The battle of the takeover’ by some supporters, lies current director Glen Collis and his claimed consortium, consisting of a Bournemouth businessman and club supporter, with funding coming from a former Italian club owner from Serie C.

In the other corner, a consortium led by stockbroker Darren Delandro, Julian Jenkins & former footballer Marc Bircham who have set up a company called Simul Sports Ltd.

The company is currently registered with Jenkins as director and the other two shareholders. Sources further claim, an overseas investor from Asia is also party to proceedings.

Meanwhile, at Companies House, CV Leisure Ltd who’s director is listed as Scott Priestnall, the current club owner and has recently had its accounts revised, showing a loan from CV Leisure Ltd, registered at Huish Park Stadium,  to Scott Preistnall Ltd of £403,000 at an interest rate of just 1%.

At present, the loan from  CV Leisure Ltd to Scott Priestnall Ltd remains unexplained whilst a loan to MSP Capital Ltd remains due to creditors within one year, totalling a creditors balance in excess of one and half million pounds.

It’s understood Darren Delandro, who has been handling the negotiations for his party, several weeks ago, gave the current owners a ‘ Take it or leave it offer, whilst the current ownership waited to see if current director Glen Collis could raise finances to match, with today being deadline day.

In between the ‘Horse trading’ negotiations, Collis had informed supporters, he was confident of taking control.

Fans of the club, now hope today, the long drawn out saga, will conclude.

It’s understood that the Asian investor of the Jenkins/Bircham/Delandro consortium arrives at Heathrow this morning to conclude and sign off any potential deal and transfer the funding in London.

It’s going to be a long day, say loyal supporters.

“We’ve been waiting for some actions for months and months,” said local builder David Pinkett.

” If we don’t get new investment and looking at the club’s books, the club will have to at least go part-time and then we can wave goodbye to any chance of returning to the football league.

“Most fans have had enough now, especially as it appears the current owners only came for a ‘land grab’ and had no interest in football or the community.