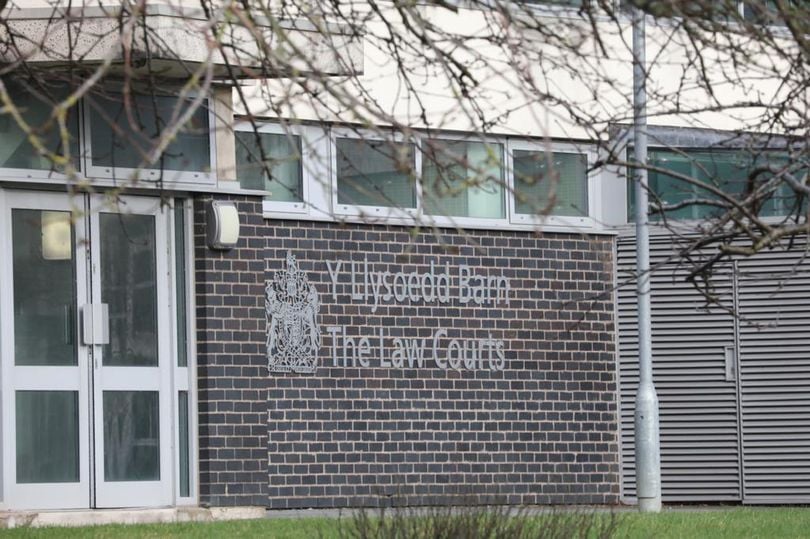 A man with hundreds of indecent images saved on a hidden mobile phone admitted in court he “needs help”.

Of Llys Argoed in Mynydd Isa, Mark Hillman was brought before Mold Crown Court to be sentenced on Thursday, November 25.
He previously confessed at North East Wales Magistrates Court to three charges of making indecent photographs of children.
There was also a charge of possessing an extreme pornographic image involving an animal.
Prosecutor, Ms Catherine Elvin, told the court how the 48-year-old’s home in Flintshire was searched by police on June 9 this year. Hillman denied any knowledge of being involved in illicit activity – but police soon found that not to be true.
The court heard that police found a Samsung smartphone linked to a Google account that police were investigating. On that basis, Hillman was arrested, and the search continued.
Hillman did accept at the scene he had been storing indecent images and then showed officers to his garage where another mobile device was seized, namely a Nokia mobile phone, hidden in a cardboard box.
In total, Hill had almost 400 images and 40 video clips of girls – ranging from ages 12 down to two years old – stashed on the device.
Furthermore, digital investigators uncovered five pornographic videos that depict sexual activity with an animal. The entire nature of this charge was not explored in court.
A further search of the Nokia device saw internet searches that the prosecution says showed “a clear sexual interest in children” and spanned a “significant period of time”.
Ms Elvin says that the Samsung device was clear of any sexual images or video.
Defending, Mr Phil Clemo told the court that Hillman accepts he has a “sexual interest” in children – but told his solicitor that he “wants to be fixed”.
Judge Rhys Rowlands told Hillman that it was “wholly out of character” when the police discovered these “perverted” interests. He said: “Although the number of images is, sadly, not particularly large compared to what is commonly seen in this court, it cannot be ignored that these are disturbing offences.
“This wasn’t simply a passing admiration; you were actively accessing this material over a period of years. It is clear that you do need some assistance, but only time will tell if that desire is genuine.”
In all, Hillman was handed a prison sentence of 10 months, but that was suspended for two years.
The judge believed that the longer form of community punishment would give Hillman the “best chance” at his desired life change.
Hillman was given a sexual harm prevention order that will last for the next decade. He must also sign on to the sex offenders register.
There was also an order that he must pay a fine totalling £1,560.
Advertisement