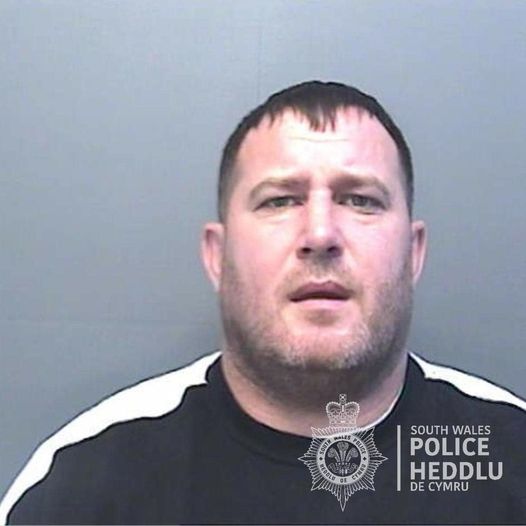 SWANSEA  man who bit part of his victim’s lips off has been sentenced for a decade.

At around 3.30 am on August 21, 2021, officers patrolling Wind Street, Swansea, were alerted to an incident involving an altercation between two men.
Upon arrival, they found a victim who had suffered several injuries and was missing parts of his top and bottom lip, which was believed to have been bitten by the suspect.
CCTV enquiries of the incident and Automatic Facial Recognition identified Martin Davies, 40, from Winch Wen, Swansea to be the suspect. A social media appeal was issued and on 31st August Davies was arrested.
Detective Inspector Gareth Jones said:
“Martin Davies did not know the victim that he attacked that night, whilst most others were enjoying their night.
“This kind of violent aggression will not be tolerated, the victim had to undergo plastic surgery to recover from his injuries and I hope that this sentence serves as a warning and a deterrent for those intent on inflicting violence.”
He was sentenced at Swansea Crown Court to 10 years, six of which will be spent in prison, the final four on an extended licence.
Advertisement