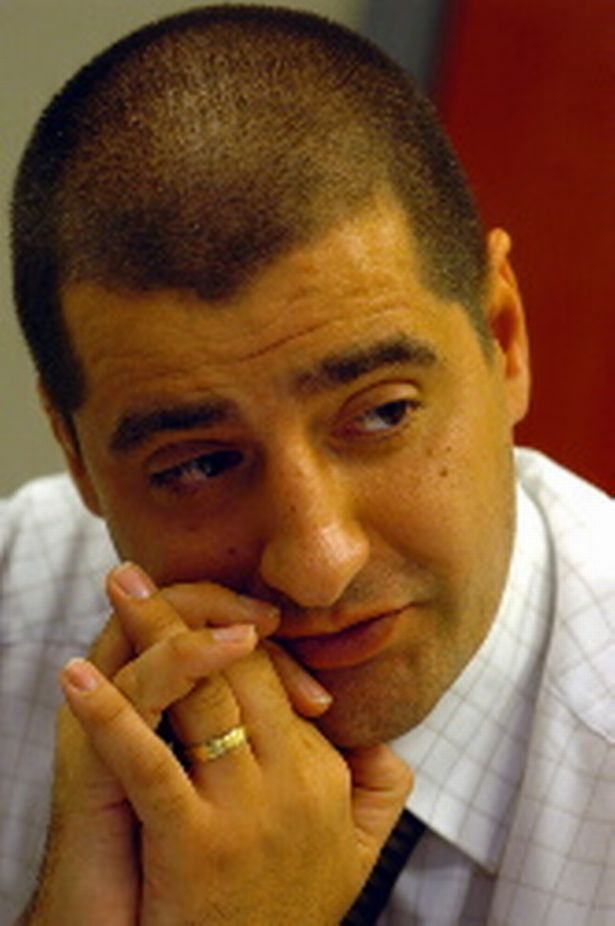 Spanish landlords come forward with an appeal to the Welsh public for the location of disgraced Merthyr Tydfil Councillor Adam Brown.

Disgraced Merthyr Tydfil Councillor, who we reported on yesterday being reported to Interpol by a Spanish landlord seeking proceedings in regards to cannabis harvesting at a property rented by Brown – appears to face further wrath from further landlords claiming the same predicament and damages to their properties.

Since the article was published here in Spain across the Costa del Sol, more landlords have come forward with claims.

The claims and allegations are that Brown posed as a businessman on the Costa del Sol operating a recruitment company, accompanied by a Russian girlfriend, whilst purporting to be seeking residential accommodation.

After rental agreements were agreed upon, it’s alleged Brown handed over the keys to cannabis growers who turned the properties into cannabis farms, causing the maximum amount of damage to the properties.

Now landlords are appealing to the Welsh public for the whereabouts of Brown, who has fled back to the UK.

“If anyone knows the current location of Adam Brown, please come forward; he has let property and caused a lot of damage for properties he has rented.

“I have tried contacting him, although he just cuts off the Spanish number he gave us along with his passport and NIE number.

” I have researched his so-called business acumen online and was shocked to the information found, thousands of pounds of debt and unpaid court judgements.

“Now he feels he can flee Spain doing the same thing? – We want him found to repay for the damages he has caused.” said the furious landlord.

The landlord demonstrated the background of his personal search of Brown’s business activities online, which read as follows,

PIER RECRUITMENT AGENCY LTD
Commenced in July 2014 so have yet to submit any accounts
They have however managed to rack up a CCJ of £ 12,010 in April of this year as yet unpaid. I wonder when Adam intends to pay it as he clearly raking it in?
MEERKAT RECRUITMENT LTD
Commenced June 2012. Did manage to submit 1 set of accounts.
Currently, the subject of a winding-up order and although no CCJ’S their currently listed payment performance with 3 suppliers is 240 days beyond term. ( YES THAT WAS TWO HUNDRED AND FORTY DAYS ). Not long left for this Meerkat I suspect.
ELEPHANT BUILDING SERVICES LTD
Commenced Feb 2014 based believe it or not in Regents Street London. 1st Accounts are not due till next month but I doubt we’ll see them. Unpaid CCJ in July 2014 and you guessed it currently going through a winding-up order.
There endeth the successful ( ish ) still trading ( ish ) companies.
DOTCOM RETAILERS
Jan 11 – March 13 no accounts ever submitted
HIRE OF STAFF LTD
Oct 08 – June 12. Bloody hell that’s nearly 4 years – Gold watch territory of Mr Brown. 4 years but still no accounts
GBW ADVISORS LTD
Feb 11 – Oct 12 no accounts
So 6 companies in 7 years and only once managed to get accounts submitted. Accepting there may have been some dormancy and that the small business environment has been tough in that period, it is a pretty poor performance.
I’ve known kids with paper rounds have a more sustainable business.

The landlord found the information on a Cardiff City Football Club fan message board where there are two pages of feedback on the activities of Adam Brown. https://www.ccmb.co.uk/showthread.php?410030-Doesn-t-this-guy-Adam-brown

As the information appeared dated, Global247news contacted a top accountancy firm in Wales for the latest position, which concludes the authorities have wound up all Companies.

despite being listed at a Cardiff address.

“Reinventing the process…We are the FIRST email only recruitment agency”. However, searches today in Cardiff on Catherdral Rd by the investigating landlords have found no offices connected to the advertised company at Cathedral Road, Cardiff, CF11 9JE.

Checks this morning with HMRC in Cardiff also conclude no registration of any contributions in the way of tax or social security payments.

Checks are currently being made here in Spain to seek information on any registration, although nothing has been found at the time of press.

Now the landlords wish to fly to the UK and seek compensation and are appealing for information from the Welsh public, although they feel he may flee to Dubai if they can’t act quickly.

Former acquaintances in Spain on the investigation had come forward of Brown’s activities in Spain, one who wanted to be known as Andy said: ” I worked with him on a delivery van, before he got the sack, he was always on his mobile, I think he had some scam going on.

“He claimed it was recruitment business, though.

He got the sack after and moved down to Marbella, I heard last,” said the former acquaintance.

If you know the location of Mr Brown and agree to assist the landlord’s appeal, please get in touch with our newsdesk at admin@global247news.com for the attention of  Miguel Lopez.