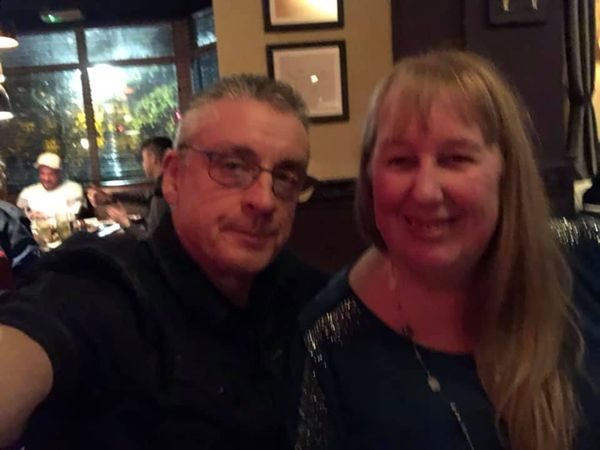 A long-suffering Welsh wife has been put forward for an OBE for the New Years Honours List.

Catherine Thomas from Bargoed in South Wales has had her name put forward in a surprising move for an OBE in the New Years Honours list by her husbands’ friends!

The event came around yesterday after the husband, Steven Thomas, posted to social media.

“Wishing my beautiful and super brave wife a happy wedding anniversary, and she deserves a super-sized medal for putting up with me in marital life for 24 years.”

Husband Steven, who, according to commenting friends, looked like Mr Bean on his wedding day, whilst stating he was ‘punching well above his weight’ as he married the beautiful looking Catherine – admitted she deserved a medal but wasn’t expecting what was to come later in the day.

After friends discovered that Steven had taken Catherine to the Miller & Carter Steak House In Thornhill Cardiff for a celebration meal.

Although it transpired after friends called the restaurant that Mr Thomas had made Mrs Thomas pay for the meal and drinks.

Newport school headmaster, Gareth Hughes summed it up when he stated:

“He’s so tight he squeaks when he walks. No doubt they’ve got a buy one get one free promotion on tonight, and he’s probably got discount vouchers.” although it transpired Catherine herself had to front the bill.

Andrew Parsells, a long-suffering friend of Thomas, from Taffs Well, informed global247news of the further events that took place, he told,

“We called the restaurant to offer them a free drink on the lads, but the waiter said that Mrs Thomas had already settled up – I asked do you mean Mr Thomas, he replied no, defiantly Mrs Thomas.

“I’ve known him for 20 years and his reputation of being the tightest bloke in Wales but was staggered that he wouldn’t even treat his lovely wife on their anniversary.

“I called our friend Chris Jacob; he said he was astonished and as he works for the government – he had a plan.

“He only went and nominated her for an OBE, although she deserves it after being married to Thommo for all that time”, he finished.

A spokesman for Downing Street this morning confirmed the nomination stating:

” We confirm we have received a nomination for a Mrs Thomas from Mr Jacob for an OBE for the New Years Honours List.

“At this stage of time, we can not comment further apart from that the reasoning was an unusual one and not one that we have received previously – the final list will be announced in due course”.

Government Inspector Jacob, confirmed also this morning his actions, he said: “It had to be done, he’s so tight but to make his Mrs pay was totally unreal, yes he’s the type who goes to the toilet a lot when in a bar, I’ve shared hotel rooms with him, where he sleeps on the balcony to save paying for a bed, when away with the lads on football tour, but this beat the lot, yes, as he said on Facebook, she deserves a medal, well hopefully she will get one now from the Queen, he certainly wouldn’t buy it!” laughed the government official.