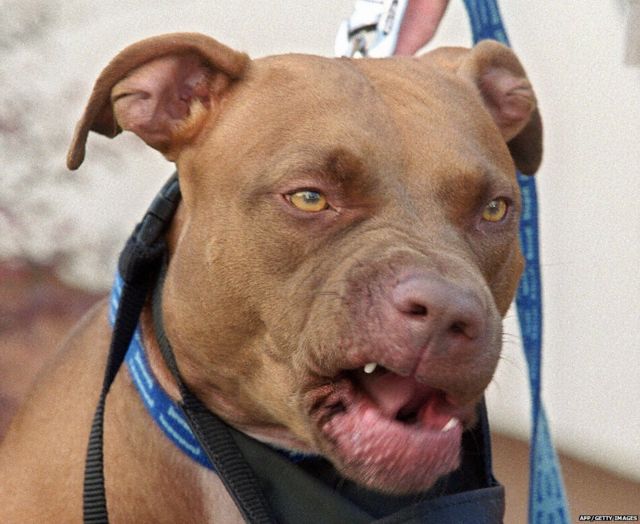 A 10-year-old boy has died after being attacked by an American Pitbull in Caerphilly.

Forensics officers are still at the scene now, with another police car present and several houses cordoned off as officers controlled access to the location.
Gwent Police said firearms officers destroyed the dog, and officers would remain in the area while an investigation is carried out.
The 10-year-old boy was killed ‘by American Pitbull-style dog while visiting a friend after school’ in #Caerphilly before armed police shot the animal dead.
Since the awful news that shook the local community of a boy aged ten being killed by a dog has further been reported that the child was killed whilst visiting a school friend, according to shocked neighbours.
Police were called after screams were heard coming from a house where children were playing after school.
The boy was mauled to death at the scene by the dog, which was then shot dead by a police marksman.
Locals were in tears at the tragic death in the village of Penyrheol, near Caerphilly, South Wales.
The dog, believed to be an American Pitbull, had bitten a customer outside a nearby shop at the weekend, which the shopkeeper witnessed, Tarjit Sandhu, who said:
“A few days ago, it was tied up outside the shop where I work, and when a male customer bent down to stroke it, the dog bit him on the arm; it was quite a nasty bite.”
Advertisement