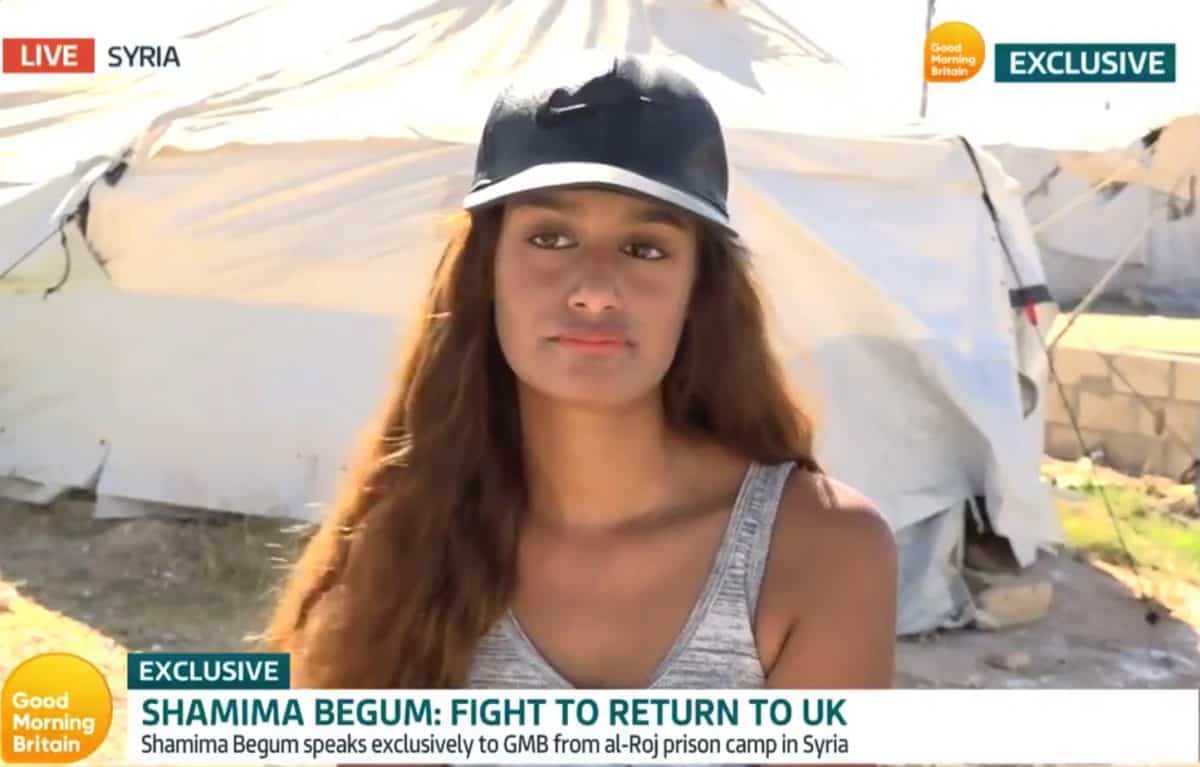 Former Isis-bride Shamima Begum has begged the British public for forgiveness, saying there is “no evidence” she was a key player in preparing terrorist acts.

The 22-year-old, who fled her east London home for Syria as a 15-year-old schoolgirl, said she wanted to be brought back to the UK and face terror charges to prove her innocence.

She told ITV’s Good Morning Britain: “I am willing to go to court and face the people who made these claims and refute these claims because I know I did nothing in IS (so-called Islamic State) but be a mother and a wife.

“These claims are being made to make me look worse because the Government do not have anything on me.

“There is no evidence because nothing ever happened.”

She said she would “rather die than go back to IS” and added: “The only crime I committed was being dumb enough to join IS.”

The 22-year-old, who had her British citizenship revoked by the Home Office over security concerns, appeared from the camp in Syria where she is being detained, wearing a Nike baseball cap, a grey vest, and pink nail varnish on her hands.

In a direct plea to Prime Minister Boris Johnson, Begum said: “I think I could very much help you in your fight against terrorism because you clearly don’t know what you’re doing.”

She added: “I want them (the British public) to see me as an asset rather than a threat to them.”