Sep 8, 2021 Plymouth school evacuated as it's hit by a bolt of lightning during storms 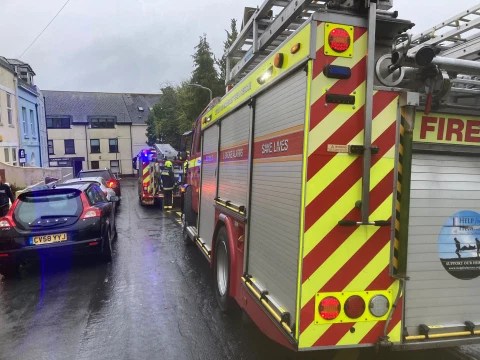 A primary school in Plymouth was evacuated after a building was struck by lightning today.

Firefighters were called to Mount Street Primary School just before 10 am this morning to inspect whether there had been damage or a fire.

A witness told Plymouth Live: ‘[Pupils] were evacuated to the school playground and took shelter in the greenhouses… all are re-entering the building now and fire service is still on scene.

Devon and Somerset Fire and Rescue said that nobody is believed to have been injured.

A spokesperson said initially: ‘We received the call at 9.57 am and two crews initially attended.

‘Crews are still in attendance to make sure there are no signs of fire.’

They added later: ‘This incident has been classified as a “false alarm- good intent”.

‘Although we sent crews thereafter the call at 9.57 am today, the lightning had just hit the building of the school and tripped the alarm.

‘There was no fire at the scene.’