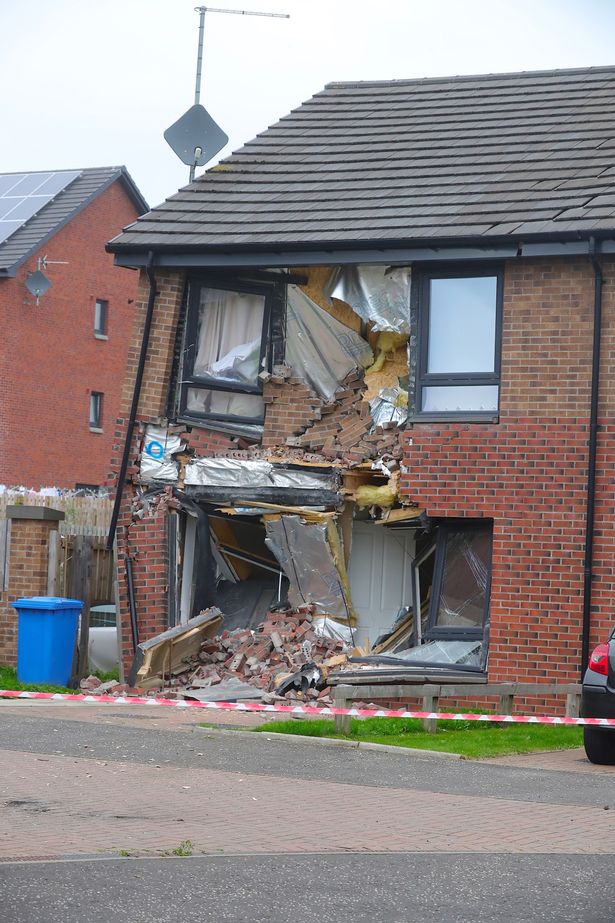 A lorry driver in East Kilbride, Scotland, deliberately rammed into a house last night, causing a mass of damage.

Emergency services raced to the house as neighbours called them as the ramming raid was taking place.

On Monday night, the incident happened on Lancaster Crescent in the Nerston area, just off of Mavor Avenue, with residents being evacuated following the smash.

A Police spokesperson said: “An investigation is underway after a lorry was deliberately driven into a house in Lancaster Crescent on Monday, September 6.

“Police were notified around 11.25 pm. No one was injured in the incident. The building has sustained extensive damage, and residents were evacuated as a precaution. Enquiries are ongoing.

“Reports of the incident have circulated on social media, with one shocked eyewitness saying the truck “hit the house, reversed and then hit it again” before “fleeing up the street”.

A large truck thought to be involved in the incident was found abandoned in a nearby supermarket car park, with police tape around it and a police patrol car next to it.

Local Paul Bailey said: ” I think it’s a revenge attack; the driver looked furious as he kept smashing and reversing into the house, although I am not sure what the dispute is about,” he told Global247news.