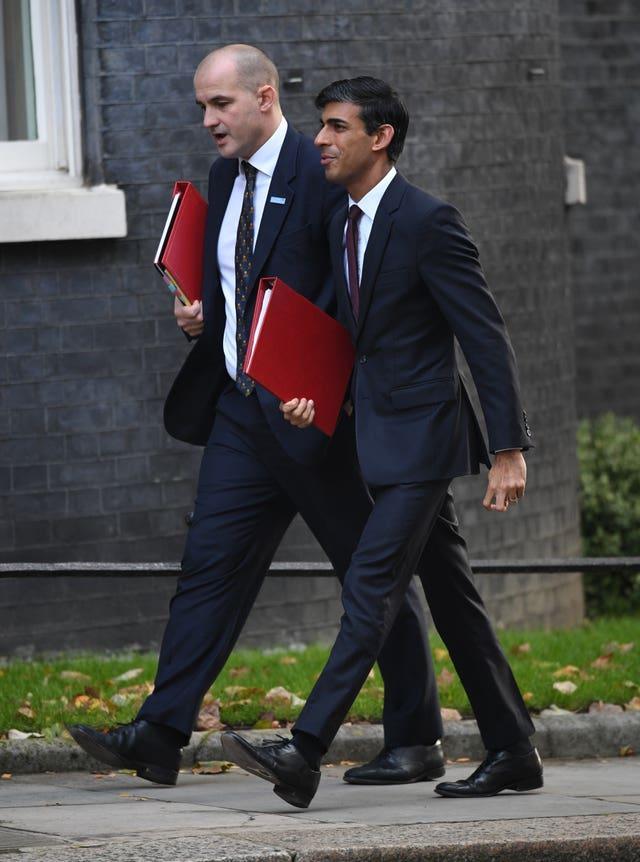 Boris Johnson faces a Tory backlash over plans to hike National Insurance to help fund social care reforms as Cabinet talks over the final details of the policy continued.

The Prime Minister is set to break a manifesto commitment by increasing National Insurance, risking unrest within his Cabinet and on the backbenches.

Mr Johnson, Health Secretary Sajid Javid and Chancellor Rishi Sunak have been thrashing out the details, as the Government prepares to announce its long-awaited reforms to social care.

Reports suggested that £5.5 billion more funding has been agreed for NHS shortfalls later this year, including to help clear the backlog caused by the coronavirus pandemic.

But Downing Street sources said details of the social care plans were still being worked out on Sunday night and that a day for the announcement was yet to be confirmed.

Rossendale and Darwen MP Mr Berry said: “It doesn’t really seem to me reasonable that people who are going to work in my own constituency in east Lancashire, probably on lower wages than many other areas of the country, will pay tax to support people to keep hold of their houses in other parts of the country where house prices may be much higher.”

He told BBC Radio 4’s Today that as National Insurance was not paid by people who are retired there was also a question of intergenerational fairness.

He suggested income tax may be a fairer way to raise revenue rather than the “jobs tax” of increased National Insurance contributions.

“When I was sat around that Cabinet table and Sajid Javid was the chancellor of the exchequer writing the Conservative Party manifesto, he was a great believer in not racking up the jobs tax and I just wonder why he’s had a sort of Damascene conversion when becoming the Health Secretary to seeing the jobs tax as the way forward.”

Reports have suggested that lifetime contributions on care will be capped at about £80,000 and National Insurance will be increased by 1.25% to raise between £10 billion and £11 billion per year.

“A tax on jobs when you want to promote more and better-paid employment is particularly stupid,” he said.

Sir John added that “if an elderly person goes to live permanently in a care home it often makes sense for them to sell their former home”.

“Otherwise it would cost them money to pay the tax on it whilst unoccupied and in need of maintenance.”

And Conservative former prime minister Sir John Major warned against the move targeting workers and employers by arguing it is “regressive”.

Instead, he called for Mr Johnson to take the “straightforward and honest” approach of increasing general taxation.

“We do need more investment in the NHS and social care but National Insurance, this way of doing it, simply hits low earners, it hits young people and it hits businesses,” he told the Mirror.

Ministers have also privately acknowledged their opposition to the proposal, while Commons Leader Jacob Rees-Mogg appeared to show his disapproval in his “weekly wisdom” column in the Sunday Express.

He cited George Bush Sr’s promise not to create new taxes in his successful bid to be US president before he went on to raise taxes and lose the next election to Bill Clinton.

Mr Rees-Mogg added: “Voters remembered these words after President Bush had forgotten them.”

But resistance from ministers may be damped by speculation about a looming Cabinet reshuffle.

A second electoral promise may be broken in swift succession, with ministers reportedly preparing to announce that the state pension triple lock will be temporarily replaced with a “double lock”.

This is because distortions to wages during the coronavirus crisis could mean pensioners would get a payment rise of as much as 8%, while workers face tighter times.