US Strike Back In Afghanistan After Airport Attack

Aug 28, 2021 US Strike Back In Afghanistan After Airport Attack 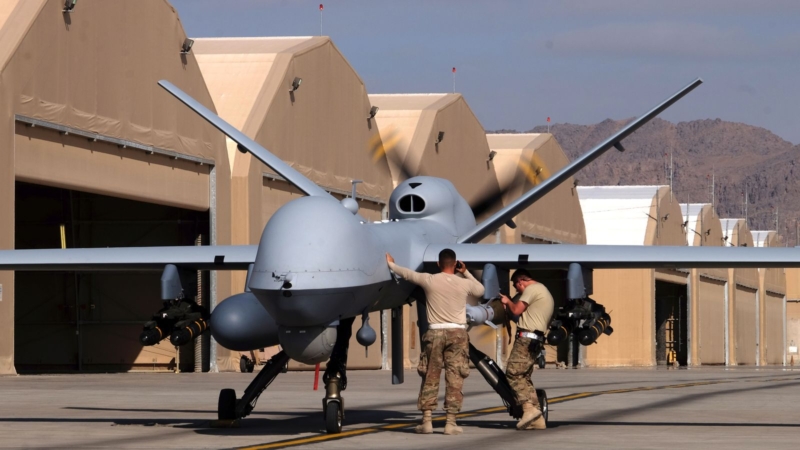 The US has killed an Islamic State “planner” in retaliation for Thursday’s suicide bombing in Kabul.

Captain Bill Urban, a spokesman for US Central Command, said the US military had conducted a drone strike against an Islamic State member in Afghanistan’s Nangahar Province, which borders Pakistan.

The strike killed one person and there were no known civilian casualties, he said.

The move was in retaliation for a devastating suicide bombing by Islamic State offshoot ISIS-K, which killed between 92 and 169 Afghans, 13 military personnel, along with two Brits

It is not made clear whether the planner killed by the US had been involved in Thursday’s attack near the city’s airport, where thousands of people had been trying to reach evacuation flights to escape the incoming Taliban regime.

But two defence officials told NBC News that the target was an ISIS-K fighter thought to be planning future attacks.

The unnamed fighter had been riding in a vehicle with an associate at the time of the strike, which was carried out by an MQ-9 Reaper drone using munitions chosen for precision and in order to minimise civilian casualties, they said.

Friday’s airstrike goes some way to fulfilling a promise made by US President Joe Biden to retaliate against those behind the airport attack.

In a message to the perpetrators on Thursday evening, he had said: “We will hunt you down and make you pay.”

More than 2,400 US service members died in the 20-year war in Afghanistan but the attack outside Kabul’s airport was the deadliest day since 2011.