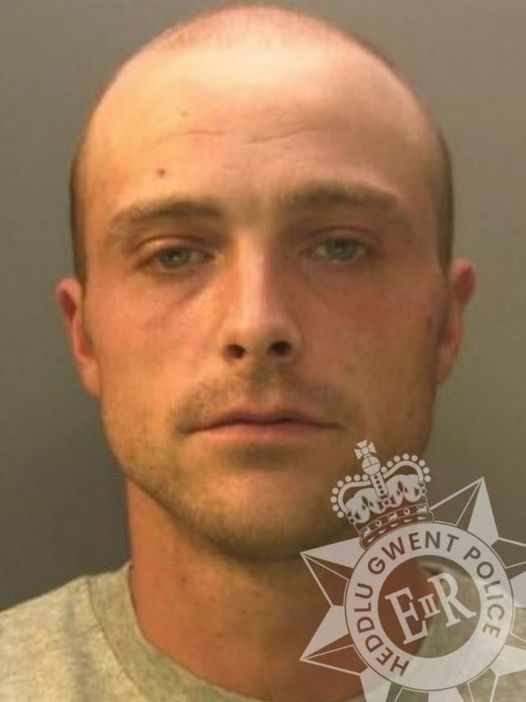 A MASKED raider who burgled a pub as its manager slept upstairs has been jailed.

Kyran Peplar was carrying a hammer when he broke into the Moggridge Arms on Blackwood’s High Street in the “dead of night”.
Rhodri Jones, prosecuting, said the pub was ransacked after the defendant smashed up a fruit machine.
He told Newport Crown Court: “The manager was asleep in bed at the time. There was the ransacking of the fruit machine. The premises were deliberately targeted, and there was a significant degree of planning. He was carrying a hammer – he was equipped for burglary.”
Peplar, 30, of Borfa Place, CefnFforest, near Blackwood, pleaded guilty to burglary.
The offence was committed on July 29.
The defendant had 17 previous convictions for 36 offences and was jailed for 54 months for an armed robbery in 2012.
The defendant was jailed for two years and four months and told he would serve half that sentence before being released from prison.
He was ordered to pay a victim surcharge following his release from custody.
One of the pub’s regulars, David Lewis, told Global247news  after the sentence was handed out, ” Good but look at this record. It should have been at least ten years.”
Advertisement