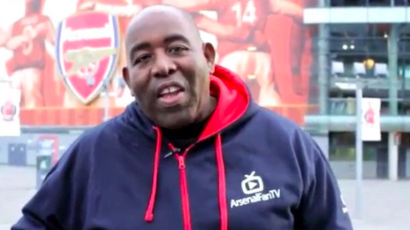 A Rival to AFTV owner Robbie Lyle has called him a hypocrite after a rant at a player.

Robbie Lyle started AFTV in the early days of football fan streaming on YouTube, which has seen it turn into a business that generates a profit in the region of a million pounds per year.

Although now, Adam Brown, himself a Cardiff City supporter who runs a rival show called ‘Football With Brownie’, took to his own YouTube channel to expose him as a hypocrite and not a lifelong Arsenal fan.

The expose started when Lyle had a dig at Arsenal player Willian for liking posts of his former teammates at Chelse, his former club.

The rant came as Arsenal continue to fall from grace and was smashed off the park by Chelsea on the weekend.

Speaking to Brown this afternoon, he told Global247news his thought process to the claim, Brown said:

“He’s a fraud; you can’t just change clubs; he did as he knew he couldn’t make money out of Luton Town; that makes him a football fan fraud in my eyes to start with, but the best part of it all is his latest actions.

“He’s on his show calling out a player for simply chatting to his former teammates and liking their social media posts; the full intention is to raise views on his plastic show, and the best bit! – he doesn’t tell fans he part-owns Chelsea Fan TV.

“You could not make this up – It’s comedy gold a Luton fan switching clubs to pretend to support Arsenal for cash generation, slagging off an Arsenal player, for talking to Chelsea players, whilst he part-owns Chelsea TV!

” He’s that plastic he could easily melt if we get another heatwave”, Brown storms.

You can watch the expose on Robbie below, presented by Brown.