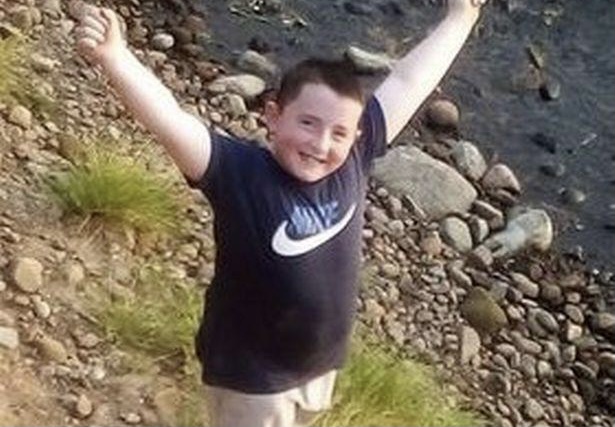 A mum has spoken of her horror after her eight-year-old son was attacked by a dog at a Stockport park.

Katie Bradshaw, 30, says Noah was walking with his sister and teenage neighbours in Abney Hall Park in Cheadle at around 7.45 pm last night (Sunday).

He was approached by a German Shepherd which was off its lead, Katie claims.

“Noah thought the dog was trying to be friendly, he put his hand out to say ‘stop’ when it was running up to him,” she told the Manchester Evening News.

“Because he’s turned around, the dog has jumped up and taken a chunk out of his back.

“His friends said the dog was there for five to seven seconds and then the owner got her off.”

After putting the dog back on its lead, Katie says the owner ‘ran off, despite the fact Noah was crying.

“He has pulled up his top and the owner said it was only a scratch. Then he ran off with the dog.

“We took him to A&E. He’s on really strong antibiotics and has to have community nurses come and re-dress it.

Katie also says her son, who goes to Cheadle Heath Primary School, has shown signs of shock since being discharged from the hospital.

The mum-of-three added: “I am worried for him as he is so outgoing. He said to me, ‘Mum I am not cold, but I can’t stop shaking.

“If he had done something to antagonise the dog, I could understand, but he was walking away from it.”

Asked if she had a message for the owner, she said: “Come forward, coward.