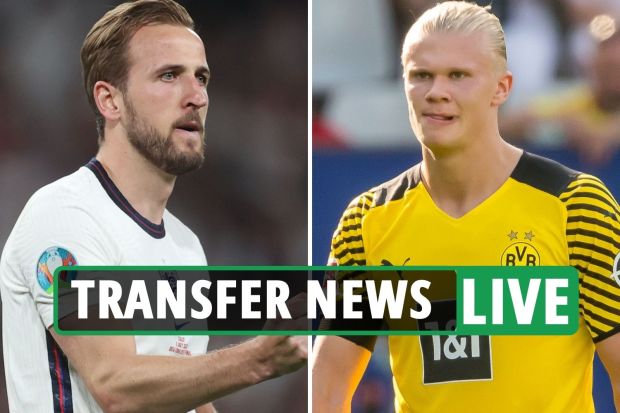 Jordan Henderson will soon sign his contract extension with Liverpool. He’s discussing final details and clauses with the club – then everything will be completed. All parties are confident that the new contract will be signed.

Pietro Pellegri will join AC Milan next week; it’s confirmed. The final green light from AS Monaco is expected in the next hours after the official bid – the deal is almost done and completed.

The deal involves a €1m loan fee, €6m option to buy [could become an obligation to buy under certain conditions], + €1m add on.

Paul Pogba will stay at Manchester United this summer; he has never been in doubt and is now confirmed.

Manchester United manager, Ole Gunnar Solskjær: “Yes, I expect Paul [Pogba] to be here when the 1st of September comes”.

Talks ongoing between Arsenal and Fenerbahçe for Sead Kolasinac are confirmed,

The two clubs are in contact, but the agreement is not completed/signed yet. Kolasinac is among players set to leave Arsenal with Torreira, Willian, Bellerin.
Nemanja Radonjić to Benfica is a done deal and confirmed. Agreement reached with a loan with a buy option.
Benfica beat Hertha Berlin in the race and will soon complete the Nemanja Radonjić deal.
Amad Diallo is still expected to leave Man United on loan. Crystal Palace has made enquiries for him – also Sheffield United but Diallo only wants Premier League football.
Inter CEO Marotta confirms Lautaro won’t join Tottenham: “Lautaro Martinez has decided to stay at Inter, he strongly wants to stay also with many clubs approaching us with official bids to sign Lautaro. We’re so proud”, he states.
Advertisement

The Metaverse And Gaming, What Next?