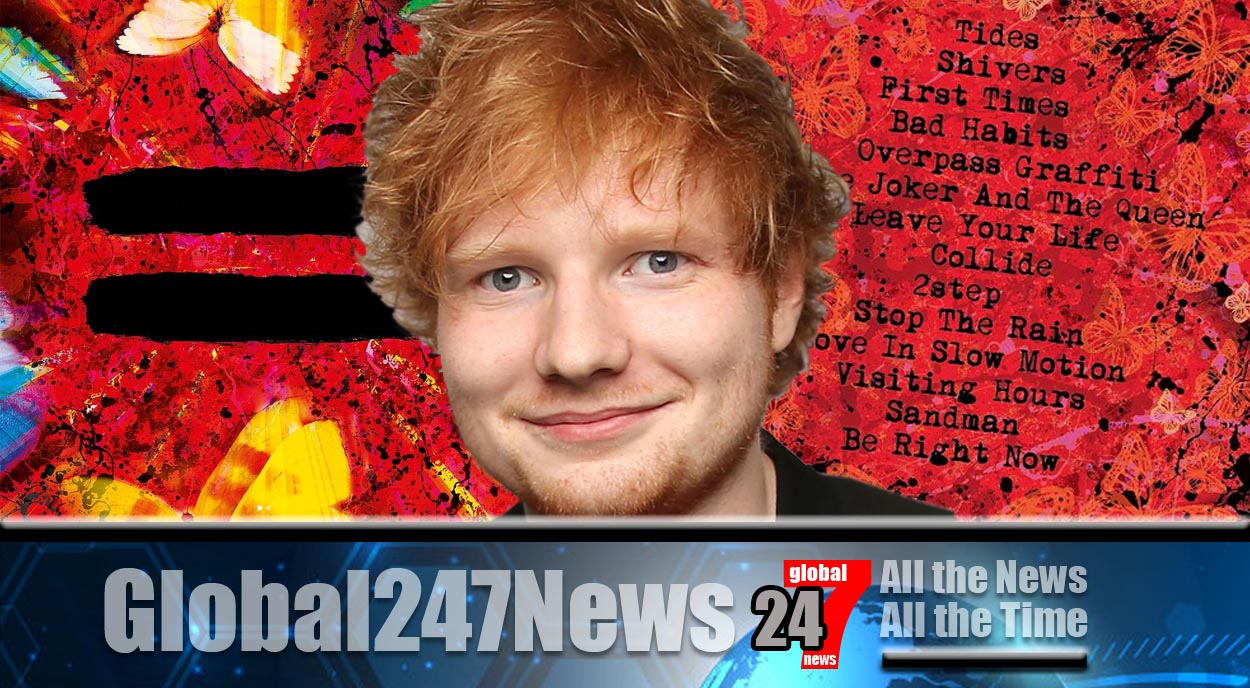 Following the success of his latest Single “Bad Habits”, Ed Sheeran is releasing his fourth Album (=)

Ed Sheeran (=) Album now available for pre order: His new album (=) is to be released on 29th October this year. Talking on his live stream on Instagram, he made the announcement.

He openly admits that he believes it is the best work he done. Although the album will contain fourteen tracks, he had to trim the available tracks down and said it was “Painstaking” work.

“Its been a long, long process. I’ve been through love, loss, new life, grief. And everything in between during the whole period of writing it, and I feel like it’s really a coming of age record. I’ve never been more proud of a body of work, or more excited/nervous for you all to hear it. The next song off of it is called Visiting Hours, which I finished for my friend Michael who sadly passed away this year.“

He played a big part in the cover design with the = sign and the background. His friend Zac added the chrysalis to symbolise new life.

He added, “Over the last four years, I’ve been through different experiences in life. Including getting married, having a kid, losing friends, and I just felt like the butterfly symbolism fit in with that.”

Immediately after the live stream, details including a tracklist and preorder link were announced. Follow this link for more details. https://es.lnk.to/equals.

Also, the tracklist features the next single “Visiting Hours”. Which Sheeran finished for his friend Michael, who passed away earlier this year, and will be released on 10th of September.

The next song off of it is called Visiting Hours, which I finished for my friend Michael who sadly passed away this year. If you preorder the album you get this song with it, but it’s also on all platforms from now too. Lots more music to come, but for now I hope you are as excited as me for this album. ‘=‘ everywhere from October 29th