Aug 16, 2021 MAN HUNT launched For Mark Barrott As His Wife Is Found Dead 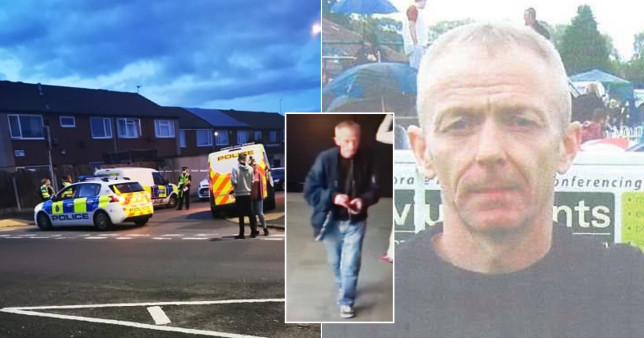 A police urgent search has been launched to track down a man who has not been seen since his wife was killed.

Mark Barrott, 54, is thought to have headed to Scotland from Leeds on Sunday.

West Yorkshire Police had been called to an address in Naburn Fold where she was found with serious injuries and was later pronounced dead at the scene by paramedics.

The dead woman has not yet been formally identified, but police believe she is Mrs Barrott, a police spokesman has announced.

Today, the force issued an urgent appeal to trace her husband and warned the public not to approach him.

‘Her death is being treated as murder, and an investigation has been launched led by West Yorkshire Police Homicide and Major Enquiry Team,’ he said.

Officers have released CCTV images of him at Leeds railway station on Sunday and an image of him taken in 2015.

Detective Chief Inspector Vanessa Rolfe said: ‘We urgently need to speak to Mark Barrott in connection with the investigation, and we are keen to hear from anyone who has seen him or who has any information that could assist in tracing him.

‘He was last known to be at Edinburgh Waverley station at 4 pm yesterday, and we would like to hear from anyone who saw him then or since or who can assist in establishing his current whereabouts.

‘We would advise members of the public not to approach him but to contact the police immediately via 999 if they do see him.’