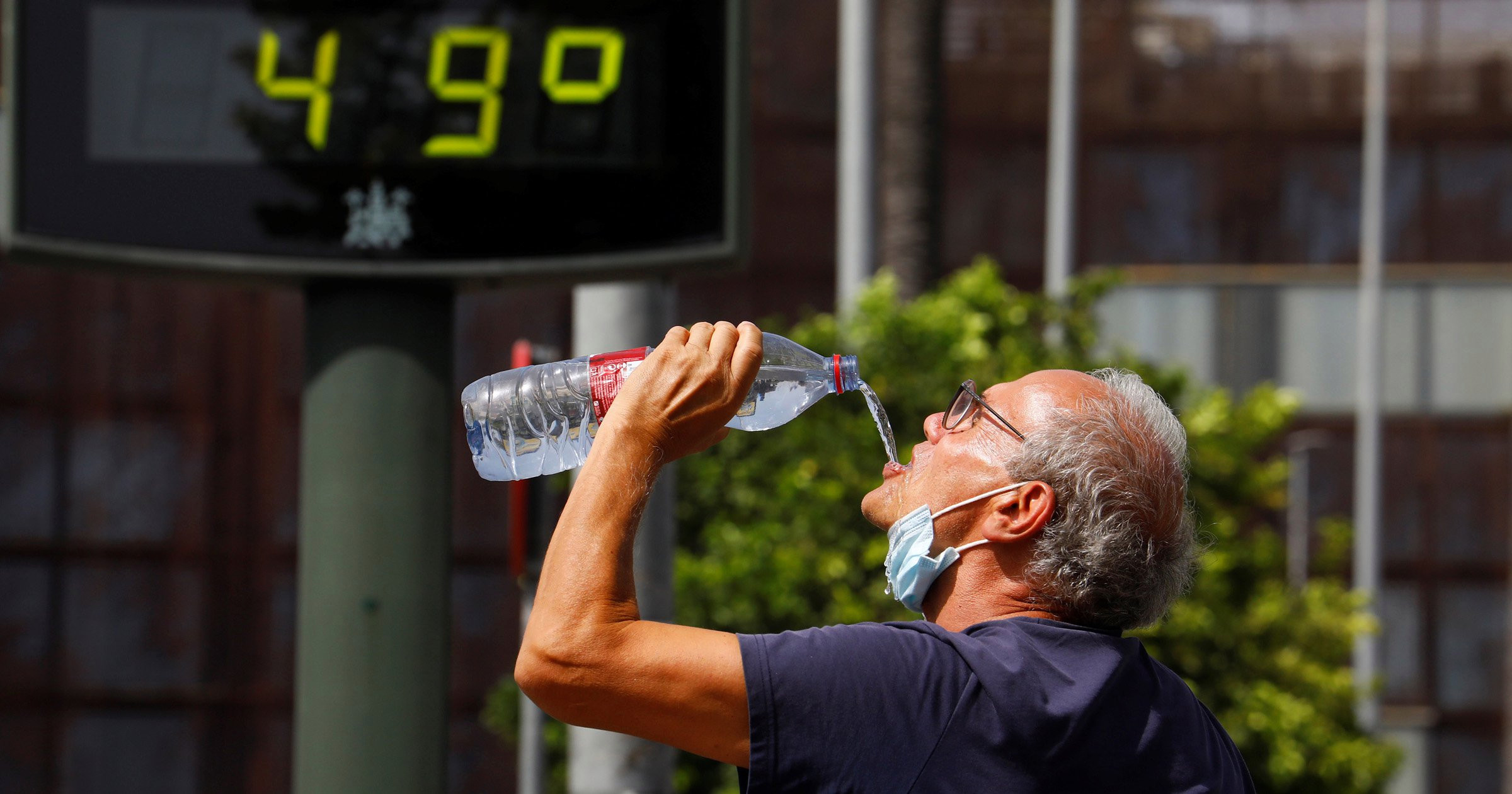 Spain’s heat record is under threat of being broken

Temperatures in Spain continue to rise as the countries hottest day record is under threat of being broken.

Holidaymakers in Spain are suffering from the heat as they attempt to make the best of their vacations, with many reports of feigning from sunstroke and other sun-related health causes reported.

Doctors on Spain’s Costa del Sol are working overtime treating patients due to the searing heat.

Street signs in Spain that record temperatures are displaying temps of 50c.

James Calme is on holiday in Fuengirola from Newcastle, and he told Global247news how the scorching heat is unbearable.

“It’s too hot this, as soon as you go out you burn, I have very fair skin, and this heat is, to be honest, is torture.

“The sand on the beach is burning hot, you have to be so careful and sitting around the hotel pool is just as bad; we are now staying in the hotel during the day and going out in the evenings, but it’s still stifling then.

“Many on the Jet2 package we came with are feeling it too and doing the same thing as it’s far too hot to sunbathe,” he says.

James Willis and partner Kevin Carrick, on the same package, also told how they ‘fried’ on the first day of their honeymoon, “The temperatures are crazy, It’s melting, we both got burnt badly on our shoulders, despite applying sun creams, like others we have changed tactics to beat the heat, we go out all night and sleep under the AC in the day, we love Spain, but this year it’s one step too far with this heat, your dribbling in sweat in seconds as you step outside,”  warned the couple.