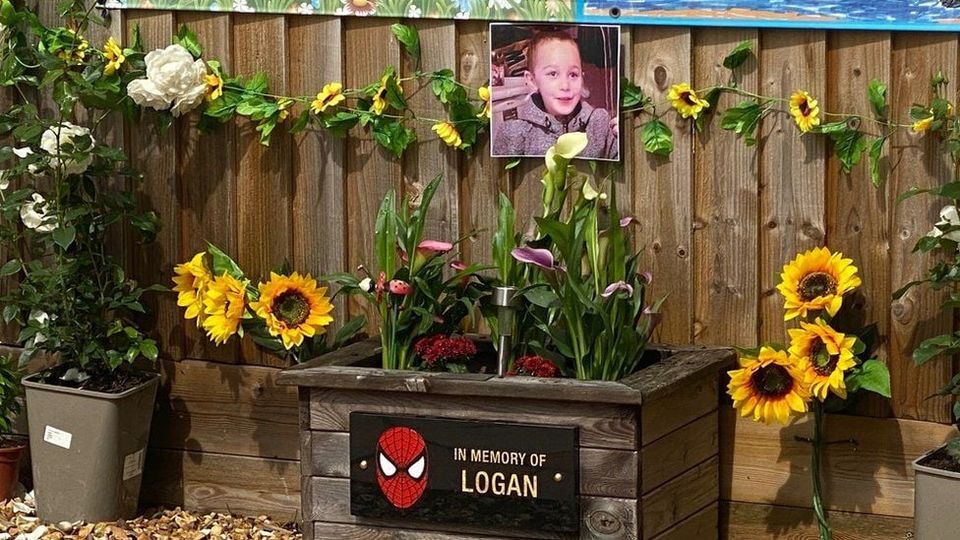 A remembrance service has been held for a five-year-old boy found dead in a river in Bridgend county.

Logan Mwangi, also known as Logan Williamson, was found in the River Ogmore in Aberkenfig on 31 July.
His step-father has been charged with his murder, while he and Logan’s mother have been charged with perverting the course of justice.
On Saturday, about 40 people living in the community gathered to remember Logan.
Candles were lit, and lilies were planted during the service at the bereavement garden in Tondu, part of which has been dedicated to Logan.
The Reverend Suzanne Brumwell led prayers for Logan while a memorial book was signed, with children and adults sharing their five-year-old memories.
In attendance was William Napier from Pontyclun, who said: “It was a lovely remembrance service despite the circumstances of this unfortunate death.
Many people here in Wales are calling for hanging to be brought back, and nothing would give me or many others great delight in seeing the bastard of a stepfather hang for this hideous crime.
“I know people will say we should be waiting for the court verdict at trial, but we all know he is going to be found guilty of murder; this young boy had his life taken away from him from those who should have been caring for him.
” In fact, the mother should hang too; how could anyone do this to a child,” said the distraught man.
Daniel Hughes in Bridgend is another who wishes to see the death sentence redeployed for child murders, especially.
“The bloke who did this simply should hang, a life for a life, this country has gone far too soft and now its time to change the laws in this country, it’s not just me saying this, its the majority in Bridgend, everyone is saying the same” he stormed.
Advertisement