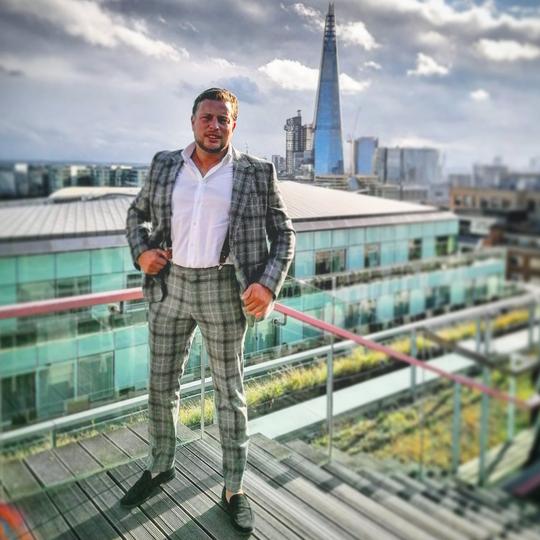 Tom Skinner, the cockney Apprentice star, has called out the Sun Newspaper for telling lies.

This morning, Tom Skinner, the cockney trader who appeared on the BBC hit show The Apprentice and had millions of viewers falling out of their seats with laughter with his banter, woke up to what he claims as ‘fake news’ about him in The Sun newspaper.

This morning, The Sun newspaper published an article in regards to what celebrities or so-called wannabe celebrities charge for appearances.

After listing a string of high hitters charging high appearance fees, the newspaper poked fun and listed Skinner as charging £50.

Citing Gemma Collins as charging £250 per minute, Skinner was outraged when he saw they claimed £50 and took to social media to slam the Sun Newspaper before tracking down the journalist who had written the fake news.

Skinner, or Tommy to his pals, hit out and told his followers they only have to buy him a pint! – he said: “What the F**K. The sun newspaper telling lies again saying that I demand £50 to make “celebrity appearance” and “meet fans” This is absolute BOLLEX, firstly I don’t charge to make appearances and secondly if I did you only gotta buy me a pint. Not give me a poxy £50 “

He then turned detective and tracked down The Sun journalist, and fired:

“Found the sausage that wrote this. @SimonBoyle87– Simon, you twat. Why lie saying I charge people £50 to meet them. I graft every day making mattresses & selling to major hotel chains & the public. NOT charging good people £50. You probably didn’t get £50 to write this. Helmet”

Out of the hundreds of replies, one was from Football Pundit Adam Brown, who presents the Football With Brownie show on YouTube, who referred to his former boss, retired sports agent and furniture tycoon Steve Day, who had Tom Skinner on his own show last week.

Brown replied: “Hey @iamtomskinnerI know@Daya66 as tight as they come, and there’s no way you’d get 50p out of him, let alone £50!”

Skinner appeared on The Day’s BanterYouTube show that raises money for charity, whilst fans have their banter.

This morning Global247news caught up with the show’s presenter, Day, to ask if he paid Skinner,

“He was in a Holiday Inn Express in Leicester whilst out delivering his beds. He was a great guest on the show. I admire his graft in the bed game; it’s not easy delivering nationwide; we deliver all over Europe, and I know how hard my drivers graft, especially delivering beds.

“Any way that Brownie who made that cheeky tweet calling me tight, I had to sack three times, his van would always depart the Malaga warehouse in Spain with brand new wing mirrors and would always return from France with none!

“Me tight? he cost me a bleeding fortune!

“As for Tommy, he’s doing really well and grafting hard; he’s doing a great job with his Bosh Beds.

“He reminds me of myself 30 years ago, his bed prices are very low, and I know the manufacturers, they are quality beds and mattresses at low prices, rather than cheap beds; I watch his marketing on Twitter, it’s class.

“He’s always grafting out on the road; I really can’t see how he would have time for guest appearances; he was that tired on my show, he nearly fell asleep!” confirmed Day.

Now everybody waits for the Sun’s journalist reply and evidence of Skinner charging a ‘nifty fifty’.