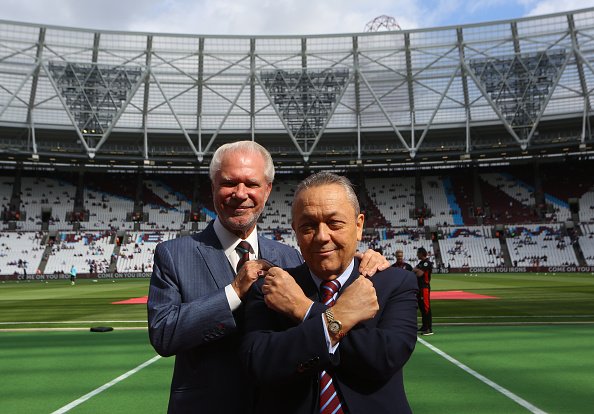 A couple of weeks ago news emerged in the West Ham world about a consortium that is interested in buying and completing a takeover for West Ham United.

According to Thomas Skinner who tweeted the initial news on July 30, they have good visions if they takeover West Ham, he talked about making the London Stadium OUR home, also discussed the fact of changing the badge getting rid of the ‘London’ part of it as well.

They were due to release a statement about there plans for the stadium on August 4, that was delayed a day because apparently PAI ‘had a day of it’

When it was eventually released the next day it entitled plans to buy the London Stadium and turn it into our real home and make it a fortress.

Towards the end of the letter, it explained the fact that the Ferdinand Brothers, Anton & Rio, were going to be part of the takeover.

This didn’t sit well with the West Ham faithful, especially the involvement of Rio Ferdinand.

As you can imagine that didn’t sit well with West Ham fans.

However, in the last couple of hours, West Ham insider ExwhuEmployee has allegedly reported that the consortium have submitted another bid.

We don’t yet know how much money has been put on the table by PAI Capital.

The big question is will David Sullivan’s eyes light up at a big-money bid or will he stand firm and not sell the club.

Skip to 15 mins for the Interview with Tom Skinner, Insider and friends with people at PAI Capital