Aug 11, 2021 Julian Assange Currently In Court As US Apply For Extradition Order To Be Overturned 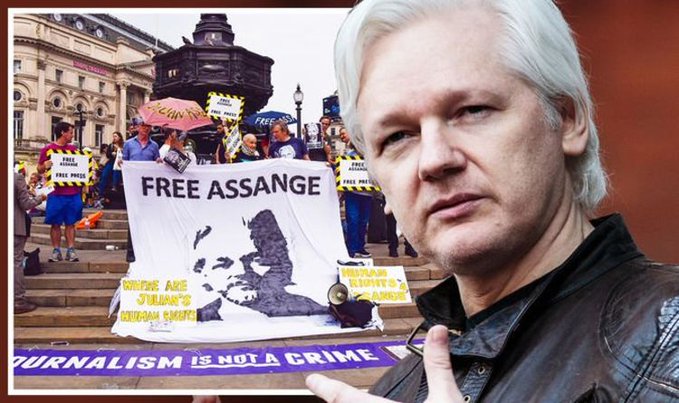 Wikileaks creator Julian Assange is currently in court as the US attempt to overturn non-extradition to the States.

Fans and supporters are currently demonstrating outside court as they await the verdict from a judge as the US attempt to overturn a previous ruling that prevents Assange from being extradited to America.

Assange, who’s believed to be appearing via video link from Belmarsh prison for the hearing, will listen as the United States government are challenging the Court’s initial refusal to allow 2 of their grounds of appeal that challenge Judge Baraitser’s refusal to extradite Assange based on medical & health concerns.

Supporters outside the courthouse are holding up banners demonstrating for his freedom and against the Wikileak founder being extradited.

One campaigner outside the court says: “For every day that this colossal injustice is allowed to continue, Julian’s situation grows increasingly desperate. He won the case against the US 7 months ago, yet he remains in Belmarsh prison. What is this if not punishment by process?”

Global247news are fully behind the freedom of Assange, who we believe has been royally stitched up and should be released from prison.

The hearing is expected to last around 2 hours which started at 10.30 this morning and we shall update as soon as news comes through of the verdict.

Chanting crowds outside High Court awaiting arrival of Julian Assange. @jeremycorbyn among them. Hearing due to start 10.30 #JulianAssange #Wikileaks pic.twitter.com/pajsnI7fXH