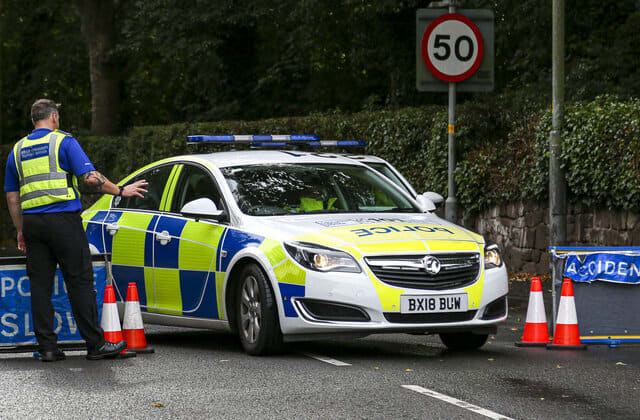 A 41-year-old man has been arrested on suspicion of murder following the grim discovery of a young woman’s body who had been set on fire and dumped in a layby.

The victim’s charred remains were found on Bridgnorth Road in Perton, Staffs., at around 3 am on Monday.

Detectives believe she was driven to the site before being set alight and say she was found with significant burn marks all over her body.

Staffordshire Police appealed for help to identify the victim after revealing all they could tell was that she was of slight build and aged between her late teens and 30.

Today (Wed), the force revealed they were close to identifying who she was following a post mortem, which was yet to establish a cause of death.

A 41-year-old man from Wolverhampton has also been arrested on suspicion of murder and remains in custody, being quizzed by detectives.

Detective Superintendent Tom Chisholm of Staffordshire Police said: “We’re at the early stages of a major investigation, and we’ve had a great response from the public so far, but we’re keen to get more information.

“We have made an early arrest, but I must stress this is not the end of our investigation, and we still need the public’s help.

“We believe she was driven to the site. Did you witness anything suspicious or see any vehicles in the area between 1am, and 3am on Monday morning?

“Do you have local dashcam or CCTV footage?”

Officers made the gruesome discovery after being alerted to reports of “suspicious activity” in the village on the outskirts of Wolverhampton.

Det Supt Chisholm added: “This was a shocking and dreadful incident and we are determined, with your help and support, to bring those responsible to justice.”

West Midlands Ambulance Service said paramedics and a trauma doctor were sent to the scene, but nothing could be done to save the victim soon became apparent.

A service spokesman said: “We were called to an incident at the junction of Jenny Walkers Lane and Bridgnorth Road at 2.49am on Monday.

“One ambulance, a paramedic officer and a MERIT trauma doctor attended the scene.

“On arrival, we discovered one patient, who sadly could not be saved, and they were confirmed dead at the scene.”

Anyone with further information is asked to contact police online, social media, or call 101 quoting incident number 42 of August 9.

Alternatively, Crimestoppers can be called anonymously on 0800 555 111.