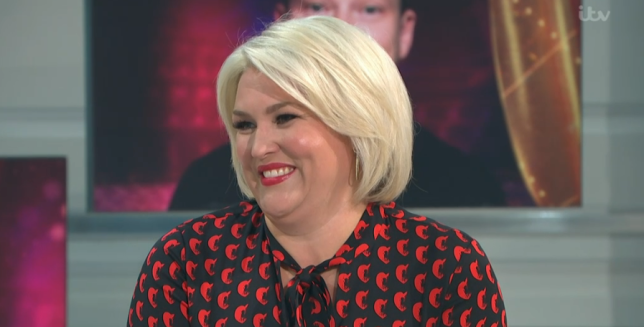 Craft queen and Dragons Den star Sara Davies has been announced as the latest celebrity to appear on this years Strictly Come Dancing.

Good Morning Britain announced the news on Monday morning’s episode, with the businesswoman joining hosts Ben Shephard and Kate Garraway in the studio.

This year’s celebrity contestants are gradually being confirmed after months of speculation and we have five names so far.

Davies who is one of the more popular dragons due to her bubbly character and laid back approach is admired by viewers.

Now the self-confessed overweight dragon will go into training ready for the competition.

Fans of the show this morning have started to share their thoughts on the selection.

“She’s a great addition – she is great on Dragon’s Den and has a lovely bubbly nature, I’m really looking forward to seeing her dancing.

“With all due respect though she’s going to have to get fit and I would imagine like others in the past she will lose a lot of weight by going in the show” said male admirer Terry Rossier.