Aug 8, 2021 Gareth Bale Demoted To Number 50 As He Turns Out Against Milan 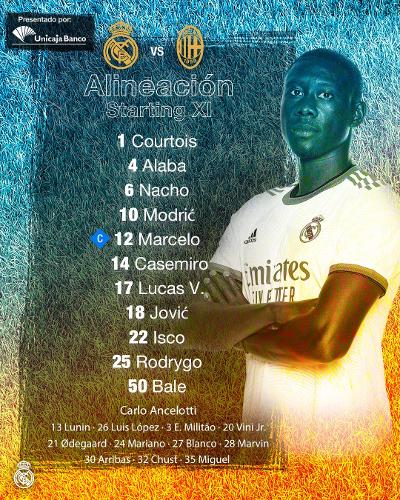 Welsh wizard Gareth Bale despite rumours of a move away from Real Madrid to arch-rivals Barcelona has been handed the number 50 shirt for today’s friendly against AC Milan.

Bale who last season went on loan to Tottenham and lost his famous number 11 shirt, has been linked with a couple of moves during the summer break, both to Cardiff City and Barcelona.

Bale himself revealed before competing in the European Championships for Wales that his next move would ‘Shock the footballing fraternity’ although no move has yet transpired.

Both the reported moves would be a shock for sure, with Cardiff City cash strapped and playing in the Championship division whilst also cash strapped Barcelona being Real Madrid’s arch enemy.

Bale who has just 12 months left on his contract and on a reported 600,000 euros per week at Real Madrid is not believed to be part of the Spanish giant’s plans although appear to be struggling to offload him due to his financial heavy contract.

Many football fans now believe he will ride out the next 12 months to collect 26 million pounds for being a part player, although Real Madrid fans want to see the back of him.

“Hopefully he’s embarrassed to be number 50 and will soon be on his bike, it’s a big demotion from number 11” he said.