Convicted Murderer David Davies Back To Jail For Throttling His Girlfriend

Aug 6, 2021 Convicted Murderer David Davies Back To Jail For Throttling His Girlfriend 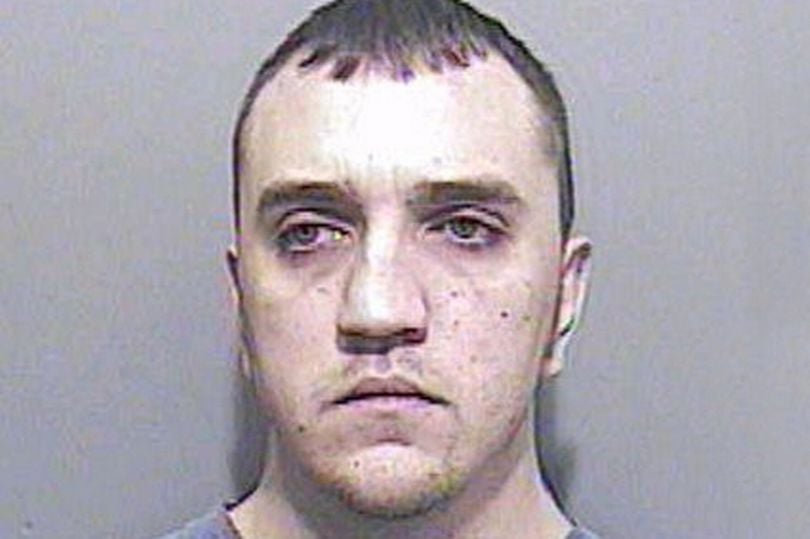 A convicted murderer out of prison on licence assaulted his partner during a row about her dog.

David Wyn Davies throttled his girlfriend to the point she almost lost consciousness before arming himself with a knife and leaving her house.
The woman he choked died a fortnight after the domestic assault though there are no suspicious circumstances surrounding her death.
Davies was out of prison on licence for a life sentence imposed in 2005 for kicking and stabbing homeless man Peter Bowen to death in Swansea when he attacked his girlfriend.
Swansea Crown Court heard Davies, then 21, was initially jailed for nine years for inflicting grievous bodily harm with intent in 2000 but when Mr Bowen died of his injuries nearly four years after the assault the defendant was charged with, and convicted of, murder.
In a legal twist, the judge sentencing Davies for the recent domestic assault represented Davies as his barrister during his murder trial.
Danielle Lodwig, prosecuting, told that court that Davies and a woman by the name of Josephine Devlin embarked on a relationship in January this year.
The pair had known each other for 25 years but had only recently reconnected on Facebook.
The court heard Miss Devlin said the relationship between them was initially positive but soon began to deteriorate due to the amount of time the defendant was spending at her home.
The prosecutor said the assault took place on the afternoon of March 16 this year as both parties were on the sofa in the victim’s Llanelli house.
The court heard Davies was “winding up” Miss Devlin’s dog and when she asked him to leave he turned on her.
Miss Lodwig said Davies sat astride the woman and put his hands around her neck and squeezing her throat for 10 to 15 seconds “almost to the point of unconsciousness”. It was only the barking of Miss Devlin’s dog that led to Davies releasing his grip.
The court heard the defendant then clenched his fist, causing Miss Devlin to flinch, and walked around the room before going into the kitchen, grabbing a knife, and leaving the property.
The victim called 42-year-old Davies’ probation officer to report what had happened and police were then contacted.
When officers arrived at the property they saw Davies outside the front door. When he saw them he removed a knife from a bag and dumped it down a nearby drain. The weapon was later recovered and identified as the one he had taken from his partner’s kitchen.
Davies was arrested and taken to Ammanford police station where his behaviour was described as “erratic”.
Miss Devlin suffered reddening to the neck and throat as a result of the assault.
The court heard she subsequently died on March 30 but there are no suspicious circumstances to the death and nothing to link it to the assault.
The court heard that following his arrest the defendant was recalled on a life licence to continue serving the previously-imposed murder sentence.
Judge Paul Thomas QC asked if all parties in the case were content for him to sentence the case given the fact he had represented Davies at his murder trial – all parties, including the defendant, said they were content. The judge said he would of course sentence the matter before him dispassionately.
Judge Thomas told Davies he had subjected his partner to a frightening assault that followed what appeared to be a minor argument.
Giving Davies a 20% discount for his guilty pleas the judge sentenced him to a total of 30 weeks in prison.
The court heard that the defendant’s ultimate release date is a matter for the Parole Board.
Advertisement