Aug 4, 2021 Suspects WANTED As Police Appeal For Info On Hit And Run Joyriders 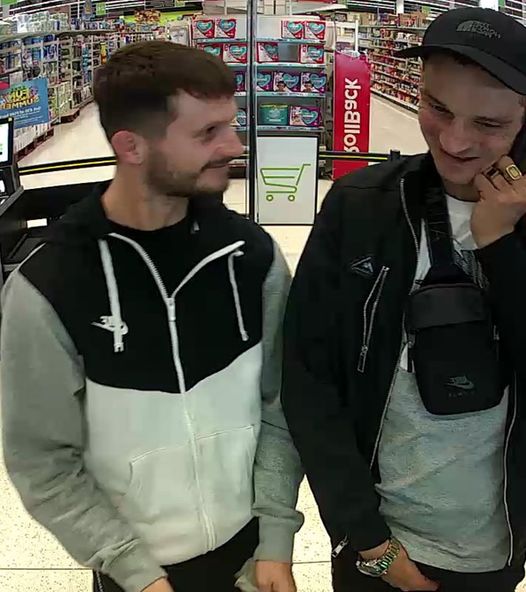 Officers investigating a fail-to-stop road traffic collision in Bournemouth are appealing for witnesses or anyone with information to come forward – with CCTV images of the suspects being released.
Dorset Police received a report at 9.20 am on Thursday 29 July 2021 that a silver Mercedes collided with an MG ZS on Bath Hill roundabout.
The driver of the Mercedes did not stop at the scene.
The MG sustained damage during the incident.
It was further reported that the Mercedes was later seen to being abandoned in Gervis Road and three people run from the scene.
The car had sustained significant damage to the front end.
Officers attended and found the vehicle locked. They subsequently tried to make enquiries as to the identity of the vehicle’s owner.
Later the same day the Force received a call about a car on fire at the same location.
The fire was extinguished by the fire service. The car was reported as stolen shortly afterwards.
Police Constable Jamie Davis, of Bournemouth police, said: “During my investigation, I have been able to obtain CCTV images of the three suspects.
“I am hoping that somebody may recognise the men pictured and can therefore help with my enquiries.
“Also, I am keen to hear from any witnesses to the collision, the vehicle being abandoned or the fire.
“These incidents have affected two drivers, one of which is currently left without a vehicle, which is having a severe impact on their life.”
Anyone with information is asked to contact Dorset Police at www.dorset.police.uk, via email 101@dorset.pnn.police.uk or by calling 101, quoting occurrence number 55210121624. Alternatively, to stay 100 per cent anonymous, contact the independent charity Crimestoppers online at Crimestoppers-uk.org or call Freephone 0800 555 111.
Advertisement