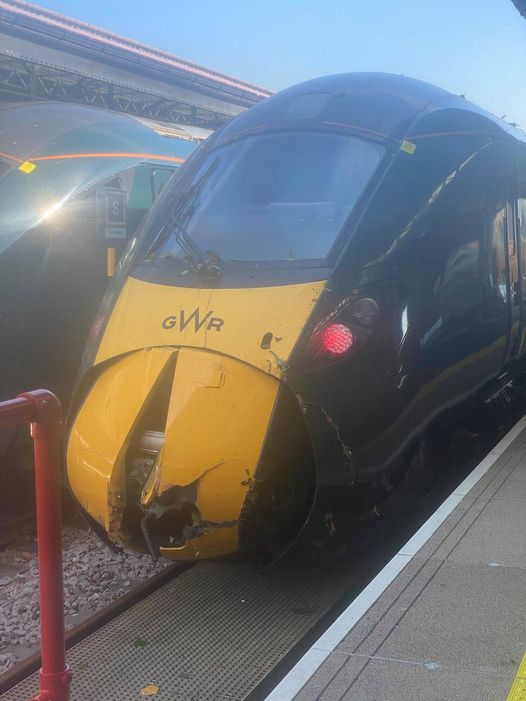 A falling tree hit a train this morning on the London to Swansea line.

Passengers had to be taken from a high-speed train after it was smashed near Skewen by a falling tree.

The GWR train was operating the early morning service when it was struck by a large tree that smashed up the front of the train.

Despite the high-speed impact sending debris all over the tracks, all passengers were escorted from the train unscathed.

Rail services supplied busses for passengers to continue their travels whilst railway workers took to the lines to make safe.

Passenger Nick Hardwick told Global247news of the moment he felt the tree hit the train.

He said: “I was in the buffet carriage chatting to the attendant brewing my morning coffee, we heard a thud, and he said, ‘crikey what was that’ although we were not at high speed at the time.

“The driver came over the tannoy and announced we had hit the tree, but everything was fine apart from front edge damage to the train’s nose.

“When we finally got off, we could clearly see the damage – I think it could have been worse if we had been going faster, it must have been a bit of a shock for the driver mind,” he finished.

Despite the incident, all trains are reported to be running at normal service.