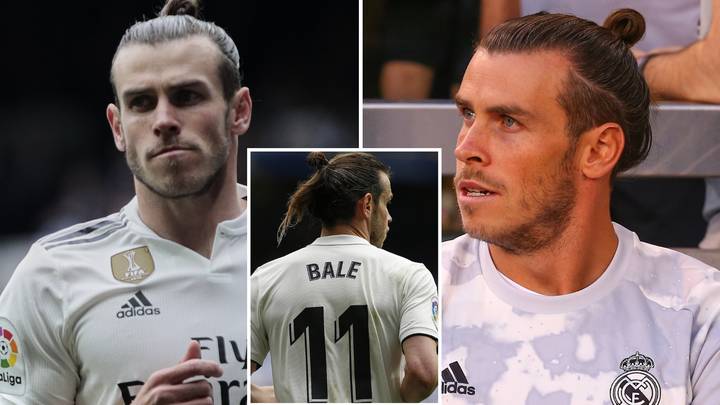 In a move that is set to rock Spanish football, Barcelona has placed a bid for Gareth Bale.

Bale, who has 12 months left on his contract, appears surplus to requirements at the Madrid giants, and arch-rivals Barcelona have stepped in to place a bid.

The big question now is will Real Madrid sell Bale to their arch-rivals?

Sources have revealed that the deal has gone into Real, and they are considering the offer.

Spanish TV is now aware of the situation, and the news is rocking the world of Spanish football.

Before the start of the Euro’s, Gareth Bale stated on British TV that his next move was going to shock the world of football.

There is no bigger shock than this; the last player to make the move across Spain was FIGO  who was thrown a pig’s head at him by Barcelona supporters.

Then there was Enrique, making 213 appearances for Madrid in all competitions after joining from Sporting Gijón in 1991, he shocked the footballing world by letting his contract run down and forcing a move to Barcelona, making him a traitor in the eyes of Los Blancos fans.

Barça fans were initially reluctant to welcome the attacker as one of their own. Still, he soon become a legend in Catalonia, winning two La Liga titles and two Copa del Rey crowns (he only won one of each in Madrid).

After Bale made his ‘shock’ announcement on British TV, Barcelona spoke to his management team. It required a smokescreen. Knowing the shock news if it got out whilst Spain played in the European championships would be detrimental.

Cardiff City was that smokescreen that saw bookies odds make Bale odds on to return to his hometown club, but now the news is out, and Bale will face the backlash from Real Madrid supporters; let’s hope he likes pork!

Football agents representing Barcelona in the move, based in Spain, with connections to Wales, have even placed ‘cheeky tweets’ on social media during the night.

Whilst the news has shocked Cardiff City supporters who thought the big shock was Bale returning home.

One of those football supporters was YouTube football presenter Adam Brown, who has rectified his previous fed information that Gareth Bale was returning home.

Although it’s yet to be seen if the Spanish giants will accept the bid from their arch-rivals.