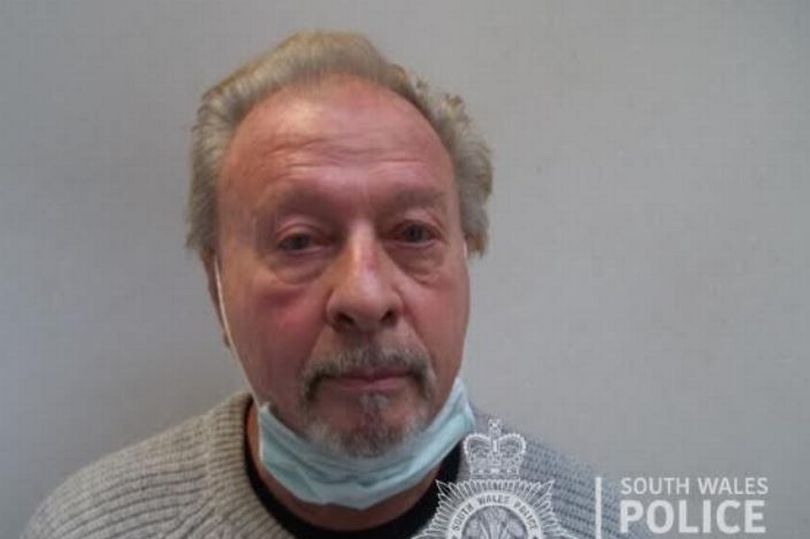 A “broken” retired teacher has been jailed after he was found in possession of indecent images of children for the second time.

Stuart Pitt, 76, appeared at Cardiff Crown Court on Friday, July 30 where he pleaded guilty to being in possession of indecent images of children.
Pitt, of High Street, Ogmore Vale, Bridgend, was found to have stored the images on devices that were seized at the property where he lives alone during April last year.
The court was told the defendant had previously appeared at court during 2017 for being found in possession of extreme pornography and indecent images of children where he was handed a 10-month sentence, which was suspended for two years. A sexual harm prevention order was also put in place at the time.
Prosecuting Joshua Scouller told the court police attended Pitt’s property on April 27 last year to search the premises. At the time the defendant was said to admit he owned the devices seized at the address, but claimed he would only use them to “download music, movies and pornography.”
Mr Scouller told the court the defendant said at the time: “Sometimes stuff I don’t want comes through. If it does I just delete it straight away. There shouldn’t be anything – I tried to be careful.”
On examination, the court heard the devices were found to contain indecent images of children, including a moving image and a movie.
The court was also told file-sharing software was detected on the devices. One of the files was said to include the title “Pink Floyd”, as if to try and hide what the content contained.
Before the defendant pleaded guilty at a later date he initially claimed he would look for pornography by searching terms such as “lesbian” and “Japanese” in an attempt to find content.
Defending Pitt Nicola Powell told the court he appears to be a “broken man” and is “thoroughly ashamed” of his actions.
Judge Lloyd-Clarke told Pitt: “You have continued searching for child pornography. I’m satisfied these are offences that cross the custodial threshold.”
Pitt was handed a concurrent sentence of two years in prison, and half of this must be served before he can be released on licence.
Advertisement