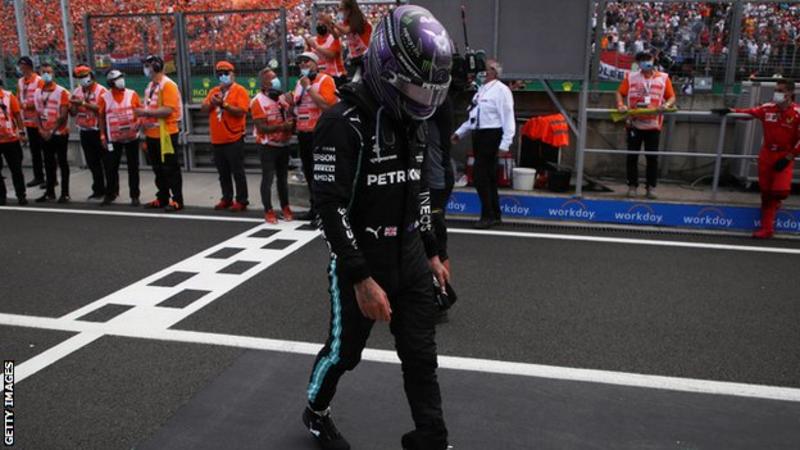 Formula One World Champion Lewis Hamilton is now claiming that he is suffering from long covid.

Hamilton, who was delivered a masterclass yesterday by former champion Fernando Alonso as he held up the British driver for numerous laps, allowing his teammate Ocon to take his first victory in the sport, got furious on the radio to his team as the Spanish legend held him up constantly, denying the pass.

Sulky Hamilton was heard by millions of viewers around the world as he cussed Alonso, although there was no issue apart from world-class driving.

After belatedly joining the post-race news conference, Hamilton said: “I had really big dizziness, and everything got a bit blurry on the podium.”

Whilst race fans say the only thing blurry was the arse end of Alonso’s car.

Richard Stent, who was present at the race, told Global247news: “ Lewis has got a book of excuses I think, the bottom line is Alonso is world-class, and Hamilton could not pass, the only thing blurring his vision was the arse end of Fernando’s Alpine” he laughed before making his way to the airport.

After finishing Sunday’s eventful race at the Hungaroring, Hamilton took part in the podium ceremony before seeking medical attention.

“I have been fighting all year with my health after what happened at the end of last year, and it is still a battle,” he said.