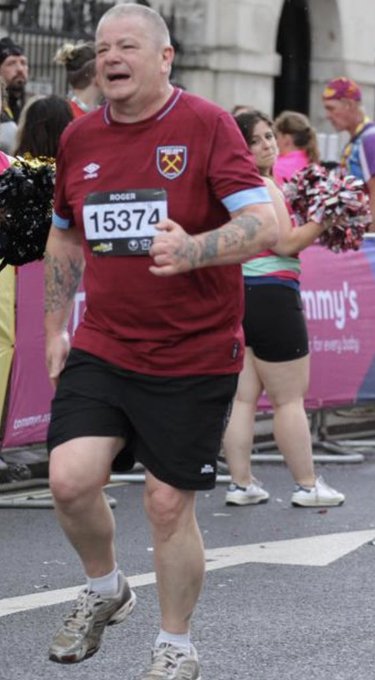 A HERO charity runner ran the London Landmarks Half Marathon with a torn hamstring.

A Charity runner, known to football fans around the globe as Roger J, completed the London Landmarks Half Marathon with a torn hamstring.

Roger was going to pull out of the challenge after tearing his hamstring during a charity fundraising football match, although when he heard of the passing of a child, he had a change of heart and ignored doctors advice to raise more funds.

Miraculously the superhero finished the course gritting his teeth whilst suffering both hamstring pains and cramps. Still, the dedicated charity runner was determined not to let people who had pledged vast amounts of money down.

Roger said just after nearly falling over the finishing line: “I can’t tell u how hard that was, was ok up to mile 6-ish, then the hamstring pain started, so we walked a lot, then at mile 11 I got hideous cramp, got through it, then literally 100yards from the finish it cramped again the pain was excruciating, I literally fell over the line!”

After slightly recovering from his pains, the running legend posted to Twitter his medal whilst telling cancer what he thought of the horrid disease.

Roger raises money for Isla Caton and many other sick children through the Bradley Lowery Foundation and Isla’s own just giving page.

After the event followed by thousands on social media as hero Roger pounded the streets of London, supporters were in awe of his run.

Williams said: “To run with a damaged hammy is unreal, everyone who’s pulled their hammy will tell you the pain, it used to take me at least 10 weeks to recover fully, this fella is a total legend, I never thought he would complete the course, but he did!”

Roger was soon in full recovery mode a little later as he supped a celebration pint of Tribute, his favourite tipple. 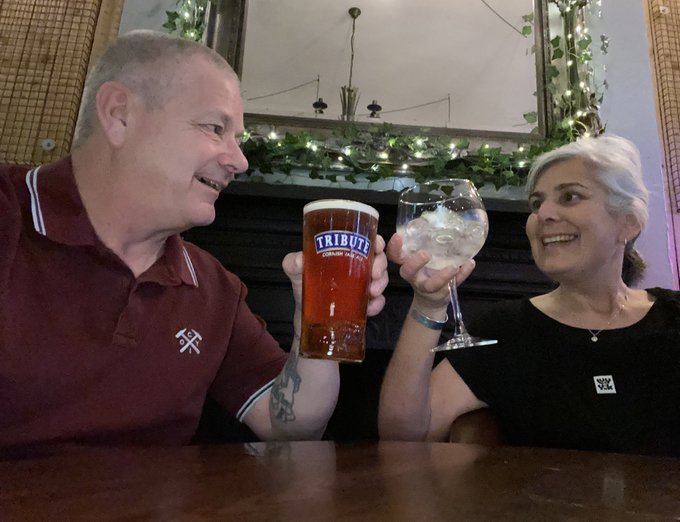