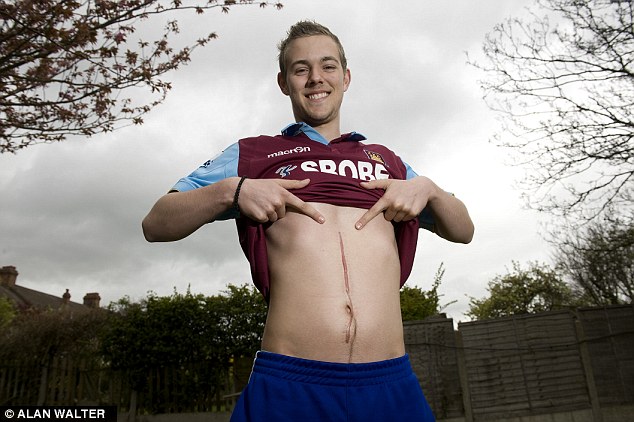 A West Ham supporter has been arrested in Ontario in Canada whilst being egged on by his pals on the West Ham unofficial YouTube Show.

The supporter, known as Peach to his pals, was arrested under his real name of ……   by the Canadian highway patrol as neighbours in Fredrick Street found him creepy as he went about knocking on peoples front doors asking if  ‘Daya’ was in.

Peach, who was streaming back to West Ham Unofficial live, ran a prank set up by others on the show after initially bottling a request to jump in Lake Ontario as he strolled past.

West Ham supporters on the show had pledged him over $400 to take the plunge, but Peach asked for another challenge as he couldn’t swim.

As he strolled down the Canadian sidewalk, Daya, who presents the ‘Days Banter Show’ and was a VIP guest on West Ham unofficial, requested that Peach knock all the front doors and ask if Daya was in.

Whilst many street residents didn’t answer their doors as the former ICF hooligan lurked up driveways, curtains twitched with several complaints reported to the Ontario police force.

In fairness, if you watch the full show … the West Ham mob were having fun whilst supporting DT38, a charity set up by the beautiful mother of Dylan Tombides, a budding young West Ham footballer who lost his life to testicular cancer.

DT38 is a charity set up by Tracey Tombides, and it aims to raise awareness for all males to make checks on their testicles and possibly save their lives.

Tracey, the mother of Dylan, has focused all her strength since the loss of her very talented son in raising awareness and trying to ensure that others don’t suffer the same fate.

Although fundraising went to the limit on Saturday night, ‘ Peach’ got himself arrested while live on YouTube.

Global247news spoke to Jake Cox this morning after being contacted by West Ham supporters asking for assistance as they prepared a “Free Peach” campaign.

Jake said: “It was just a laugh, but I guess those in Canada didn’t see the funny side and called the cops.

“Daya, from the Days Banter, was miffed Peach bottled jumping in the lake.

“Big funds were being offered at the time for Peach to take a splash in the lake, but he choked, and Daya egged him on.

” Clearly, in Canada, they don’t like people lurking up driveways – sadly, the cops were at the scene and Peach, whilst only trying to raise funds for a great cause, ended up in the cells.

” Saturday night I run a Daya and Peach show, quite frankly they are mad, but the viewers love it, whilst they banter and take over my show. It isn’t delightful at times, especially as they overtalk me and I’m supposed to be the presenter.

“Although on this occasion, it was for a great charity. Last weekend I went to the charity run by Tyler (Dylan’s brother) and Joe Sealey, the son of our great goalkeeper Les Sealey.

” I’m a bit gutted that Peach got nicked. To be honest, I couldn’t sleep last night after the show,” said the 13-year-old presenter.

Although Global247news came to the rescue of ‘Peach’, we sent our Canadian reporter, Felix (Me), to the cop shop!

We explained the full situation and that it was for Charity; as they released Peach from the cells, the officers shouted ‘Come On You Irons.’

The custody Sarge, we fully explained the circumstances to and showed the charities aims and thankfully, after 20 hours in the cells, ‘Peach’ was released.

On releasing the ‘Driveway stalker,’  Jake Cox said: ” Thank god for that, we were only doing it for charity, my dad has gone mad with me for getting Peach banged up, he blames Daya.”

Tonight, Jake Cox live on Youtube as he announces the winner of a raffle to speak with club super legend Frank McAvennie again for the DT38 charity campaign.

The show starts at 7.30, where Dylan’s mother will draw the raffle. To join in the fun, simply go to YouTube and search ‘Westham Unofficial.”