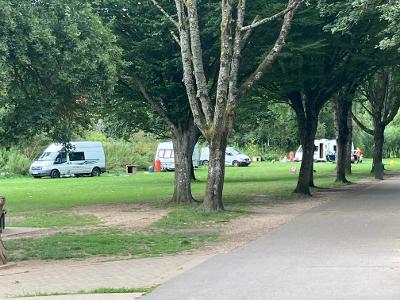 A flock of travellers are destined to land on Yeovil country park, Nine springs.

The first ringleaders searching for a good pitch arrived yesterday into the Somerset town of Yeovil, and according to those that have already pitched up, more travellers are on their way to the country park. 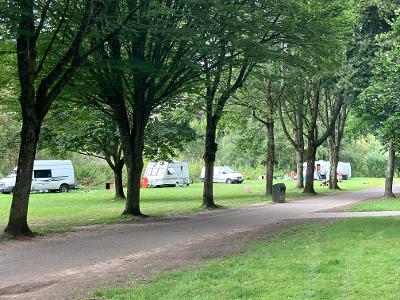 Global247news speaking to the camped travellers who have already pitched up were told by a man calling himself ‘Mick.’

” This is a lovely spot we’ve found, and our pals and their families are on their way,

” I have phoned them and invited them here; even us travellers are allowed a holiday, you know!

“It’s just a break for the kids; we have it all here, Woods, ducks and all sorts of things to do; we just want to be left alone to enjoy ourselves.”

The Travellers, who are normally based on Rover Way in Cardiff, a large Gypsy community, see no issue inviting more to the area, although locals in the Somerset town are not pleased.

At the new ‘site’ you can see why, rubbish already litters the country park, children’s chairs are strewn across the grass as if it’s a gipsy front garden and even dog hutches have been assembled.

Dog walker Simon Ducksberry said this morning as he looked on at the mess:

“Look at the state of it, the area has been trashed already, and the rubbish is growing by the day, the cops were down here, but they just gave them a warning; they looked powerless.

“I bet the rate of robberies went up last night!” he stormed.

He went onto say, ” I can’t believe the cheek of them rocking up here, the council need to get this sorted, and they need roadblocks up to stop the others turning up”, he claimed.