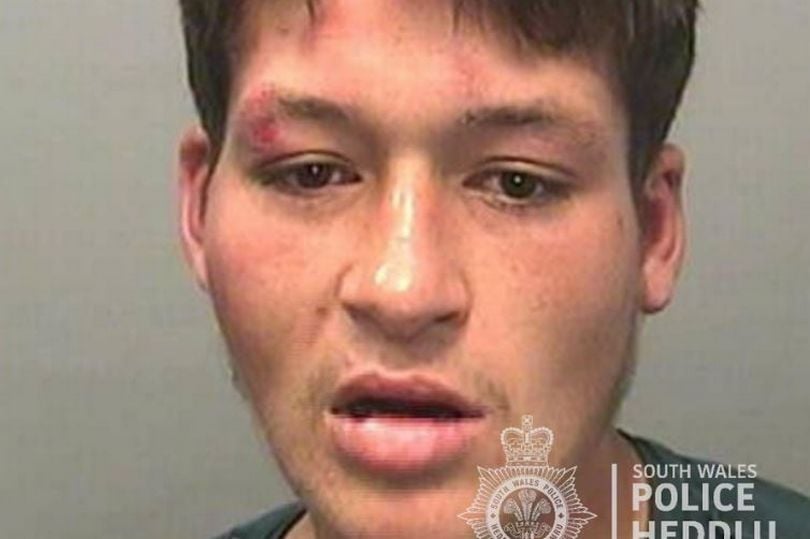 A man with a history of attacking police and custody officers has been jailed for his sixteenth such assault.

Leroy Parry sank his teeth into a prison officer while in jail for a previous assault on an emergency worker.
His advocate told Swansea Crown Court that almost all of the assaults on police officers – many of which involved biting – happened while the defendant was under the influence of spice, a drug that made him behave in an “animalistic” way.
In 2020 Parry was sentenced to 27 months in prison for inflicting grievous bodily harm after biting a custody officer in the cells of Swansea Magistrates Court during a “violent struggle” which saw him “spitting and growling”.
Abigail Jackson, prosecuting, said Parry was a serving inmate at HMP Parc in Bridgend in October last year when officers went to his cell because they were concerned he was trying to injure himself.
The court heard the defendant became aggressive and told a female officer he was going to “****ing knock you out”.
The staff retreated for their own safety while it was decided how to handle the 28-year-old inmate, and Parry slammed the cell door on them and began to try flood the room.
The officers tried to persuade him to let them back in, and his mood was described as alternating between calm and threatening.
Miss Jackson said when Parry began injuring himself again staff used an “enforcer” to open the door and enter the cell. She said the female officer described Parry as being “completely consumed with rage”, and in a state, she had never seen before in her seven years on the job.
Staff tried to restrain the shouting and screaming defendant and during the struggle Parry bit the female guard on the thumb, ripping through the protective glove she was wearing. He only released his powerful bite when he was struck twice to the side of the head by another officer.
Parry then began biting himself on the arm and banging his head on the metal frame of the head until he was successfully subdued.
The injured officer saw the prison doctor before going to Bridgend’s Princess of Wales hospital where her hand was X-rayed, and she was given antibiotics, a tetanus jab, and a Covid test.
Leroy Parry, formerly of Cwm Clyd, Waunarlwydd, #Swansea, but now of Heol Emrys, Penlan, Swansea, pleaded guilty to assaulting an emergency worker when he appeared in the dock via videolink from HMP Parc for sentencing.
He has 24 previous convictions for 50 offences including assaults on 15 police officers, custody officers, and prison officers. A number of these assaults have included biting and spitting.
Judge Paul Thomas QC told the defendant his record for assaulting emergency workers was the worst he had seen. He said even a dog could be trained not to bite, but it seems Parry was not capable of training himself not to do so.
Giving the defendant a one-third discount for his guilty plea the judge sentenced him to four months in prison to run consecutively with the 27-month sentence he is currently serving.
Advertisement