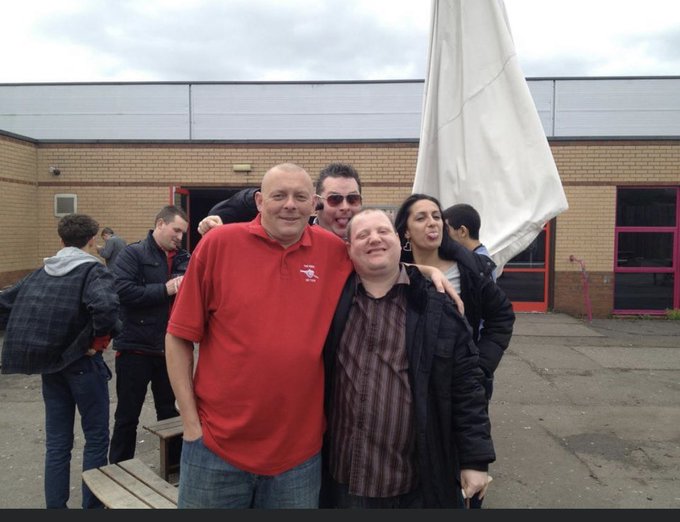 Football supporters from all clubs are in total shock this morning as it’s been announced that Danny Bailey has sadly passed away.

Danny Bailey may not be a celebrity name but he was a big name not just amongst Arsenal fans but everyone in the UK who attends live football.

Whether Arsenal was playing home and away you seemed to bump into him as he followed his beloved Gooners.

Since the news broke and fed out to fellow Arsenal supporters, it’s left broken hearts as one of football’s characters in the ‘real world’ bows out.

Supporter and pal Kak summed up on Twitter how everybody knew the great lad by saying: “I will never forget. Koln away. 3 am. We are drinking in the street, pissed up, talking about Danny and out of nowhere this Danish bloke goes, you know Danny Bailey too! Arsenal away. He was there and known. King, that.”

Mark Birch an old head from the Gunners support said: RIP Danny Bailey, great guy, a friend of everyone, enemy to no one xx”

That really summed up the great man himself in one sentence.

Tributes are not just pouring in from Arsenal supporters,  Steve Haines from rivals West Ham United, said: “Such a shame, great fella, salt of the earth, always bumped into him, he was like the team bus you would spot it everywhere, loved having a pint with him, he was full of so much character!”