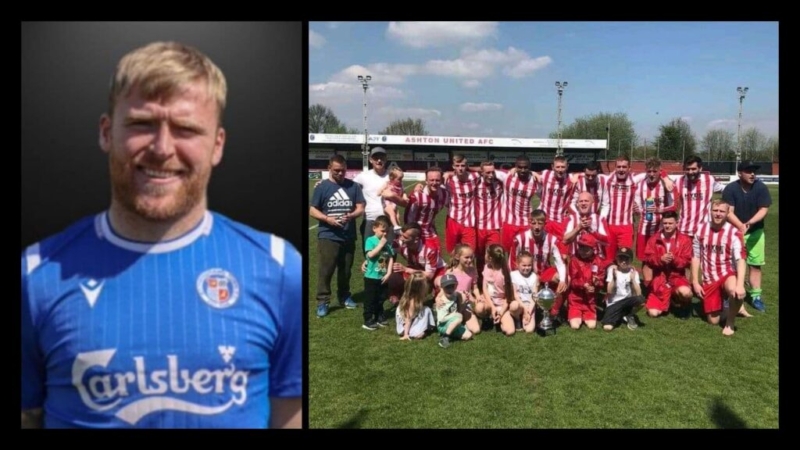 Professional Footballer Sam Jones has passed away at 28 years old

Global247news are immensely sad to inform you that English footballer Sam Jones has passed away on July 26, 2021, at the young age of 28.

Sam Jones’ cause of death has not been revealed after his sudden death.

Wythenshawe Town shared the sad news with fans, writing, “We are absolutely devastated to share the news that our centre forward, Sam Jones, has passed away. We have no words. One of our own.”

Jones was a proven goalscorer and topped the goalscoring charts for East Manchester.

Manager James Kinsey brought him back to the club in 2020 and said: “There’s no doubting his ability. He is one of the best natural finishers I’ve worked with.”

“He scores goals. It was important we got another centre forward in to add a bit of depth. If he can stay fit, he will be one of the top centre forwards at this level along with Liam Myers,” Kinsey said on resigning the striker.

After his heartbreaking death, Denton Town showed their sadness and paid touching tributes to the late star.

“The news we all didn’t want! A true gent and someone who the football world will miss! Was a joy to watch him one last time last weekend! RIP Sam!” the club posted on Twitter.