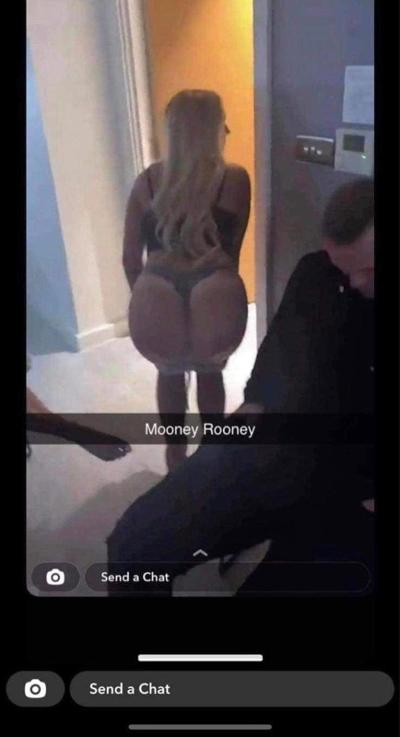 Ex-footballer and now Derby County Manager Wayne Rooney is once again the headline as he appeared in exotic images that have gone viral on Twitter.

Clearly worse for wear and under the influence of alcohol, Rooney is pictured with a pair of females.

In one photo, he appears to be kissing one of the blondes, but he defiantly looks asleep in further images as a pair of hussies continue to snap away in their underwear.

It’s not known whether the photos were taken in a hotel room or a private apartment as the hussies took full advantage.

Instead, he directed calls to reputation PR expert Ian Monk, who provides crisis management to celebs and other high profile clients.

Although it’s not the first time the former Manchester United star has been caught out, and football fans feel he should have learnt his lesson by now.

Jimmy Danfo, a United supporter, said tonight, “You would have thought he would have learnt his lesson,

Now he’s in the public spotlight again for all the wrong reasons; I bet Coleen is really pleased!”

Now Rooney and his management team have called in police to investigate the sting.