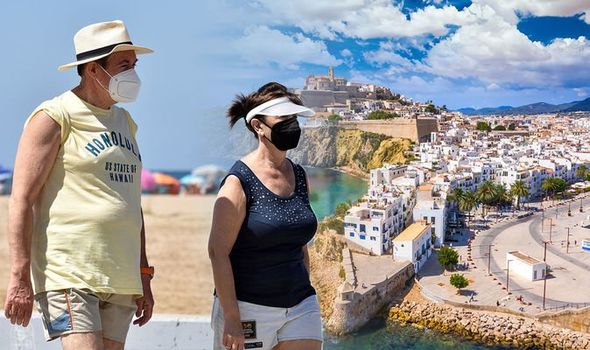 According to our Whitehall source, this morning, British holidaymakers and British operated businesses on Spain’s Costa del Sol & Costa Blanca will be thrown into chaos next week as the UK government places Spain on the Amber plus list.

Like France, the regulations will change, and even if you have had double vaccinations, quarantine on return from Spain will be mandatory.

Speaking to Global247news this morning in Cowbridge, the Whitehall minister revealed that it would be definite that Spain will go Amber plus next week; he confirmed:

“As I have told you previously, the government has been seriously studying the data coming out of Spain.

” The data is not good, and whilst the government has considered allowing Spain to remain on Amber whilst looking for improvement, there hasn’t been any, and now the time is to act to safeguard the UK and its own economy.

“Unless there is a major decrease in Spanish infection rates, that is highly unlikely; Spain will be Amber plus next week.

“The PM has to defend the UK and its population as a whole from this nasty virus, we understand it will affect around 6 million people who have booked Spanish holidays, although that is a small percentage in the grand scale of things when you consider the total population.” he finished.

Travel agents are now preparing for a mass of cancellations for holidays booked to Spain.

Neil Mitchell, a Bristol-based travel agent, say’s ” It’s going to be a busy week next week, and the bosses above have told us to prepare for a mass of cancellations for bookings to Spain.

“In excess of 6 million people in the UK have booked Spanish holidays – the majority will cancel as they can’t quarantine on return.”

Traders who rely on the British tourist now face a total wipeout of tourist visits, and many will face going to the wall, as Darren Charles in Estepona explained:

Darren said, ” This will be the final straw; so many of us have hung on by our teeth and survived thus far.

“We were starting to see a road to recovery, by going Amber plus we are going to come right off the track and basically smash headfirst into the wall.

“Boris is throwing us under the bus”, he finished.