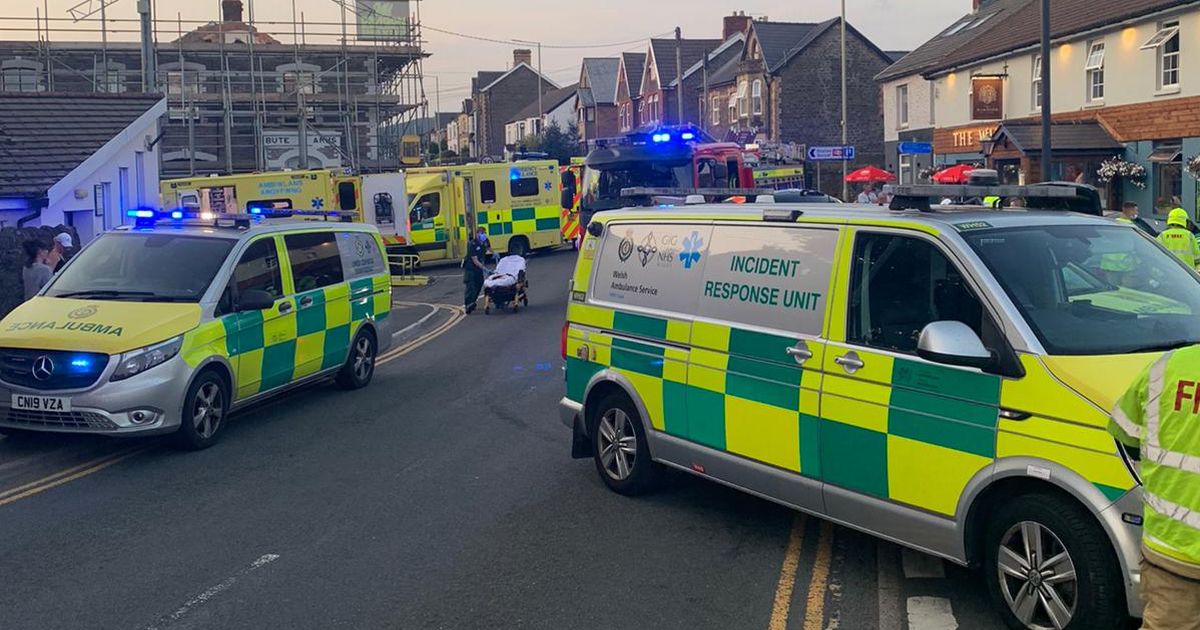 A vehicle has smashed into drinkers outside a pub in Pontyclun, South Wales

A major incident occurs in the Welsh town of Pontyclun after a car left the road and crashed into a pub.

The popular Windsor Arms had drinkers sat outside on benches as the car came straight at them, injuring drinkers.

The scene saw five unmarked police cars arrive quickly and numerous ambulances before the air ambulance was called to take away the most critically injured person.

The air ambulance landed on the rugby field nearby at Pontyclun Rugby Club before lifting the critical person to the University hospital in Cardiff.

Eyewitnesses at the scene have described how the car just swerved off the road and went straight into the pub, wiping out tabled drinkers outside.

One witness told Global247news: “It happened in a flash before you knew it, the truck-mounted the pavement, sent drinkers flying and crashed into the pub, from what I could see one person was pinned to the pub wall by the vehicle

“According to the policeman I spoke to, it sounded as the driver had a heart attack at the wheel,” she said.

In recent times the speed limit outside the pub has been reduced to just 20 MPH.

This is a breaking news story with updates to follow.